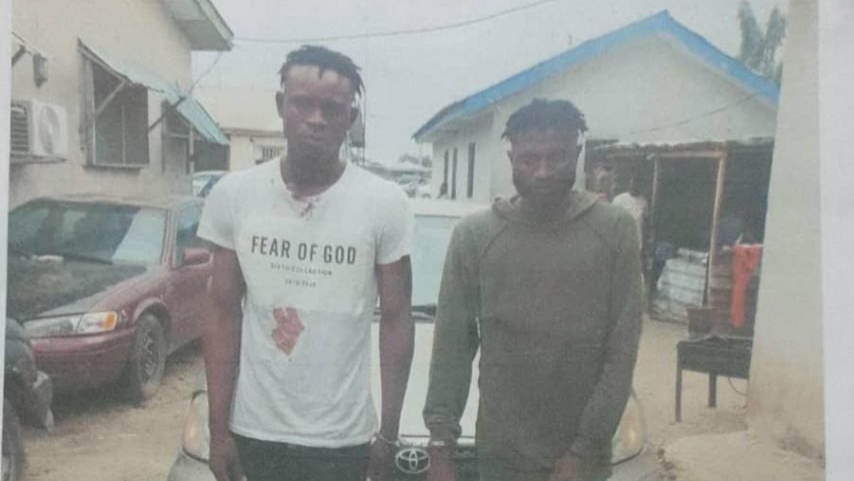 Two suspected armed robbers have been arrested by the Lagos State Police Command for attacking one Uber driver named Utibe on Sunday in Ibeju Lekki, Lagos.

WITHINI NIGERIA learnt that the car stopped abruptly on the way, the suspects thought fuel had finished in the vehicle and slept in it until the police tracked them to the location.This was contained in a statement released by the Police Public Relations Officer, Lagos State Command, SP Olumuyiwa Adejobi.

The police disclosed that the suspects snatched their victim’s Toyota Corolla car with Reg. No LND 448 GH at Abijo GRA, Ibeju Lekki after inflicting injuries on the car owner with weapons. 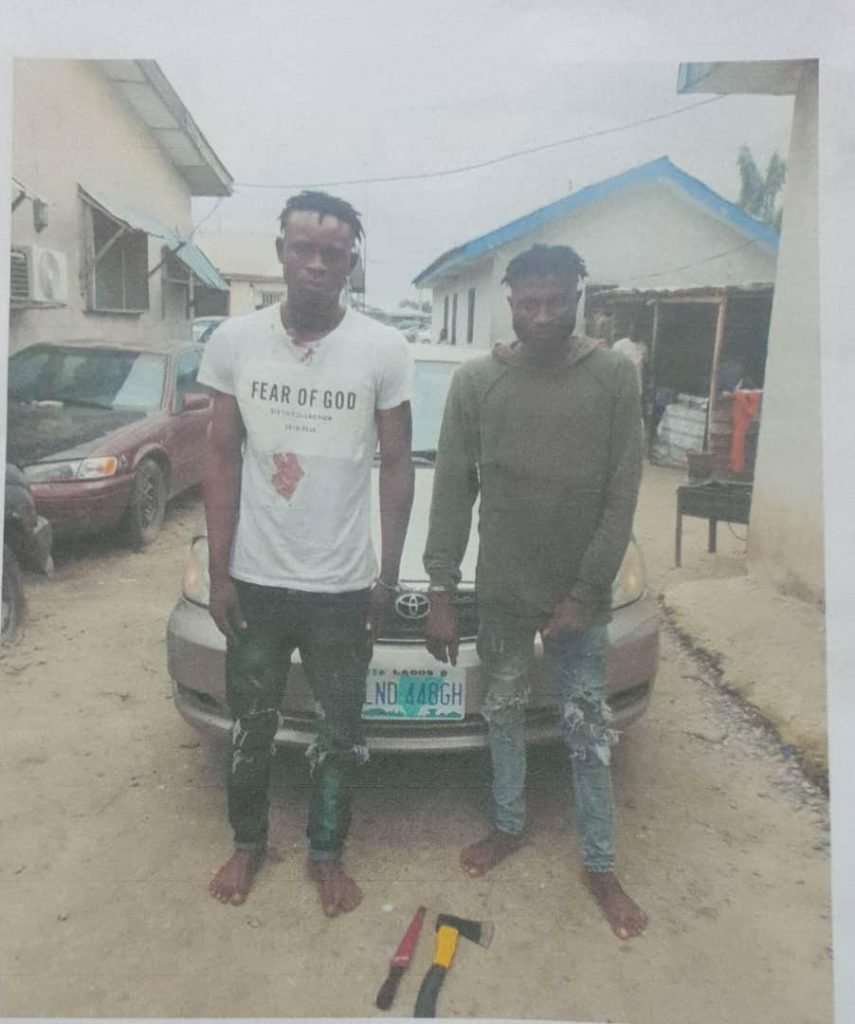 The statement in part read:

“On the receipt of the distress call, the Area Commander Area J, Ajah, dispatched a team to the scene and traced the snatched car to Mayfair Garden, Ibeju Lekki, where the suspects were arrested, driver rescued and the car recovered. The Police also recovered one axe stained with blood and one knife from the suspects.

“The driver, who was seriously injured, is receiving treatment at a hospital within Lagos State and recuperating.

“The Commissioner of Police Lagos State, CP Hakeem Odumosu, has ordered for a discreet investigation into the case, while he warned those who are planning to engage in criminal acts or have been involved in one crime or the other to desist and flee Lagos State , or else, they meet their waterloo in no time.”