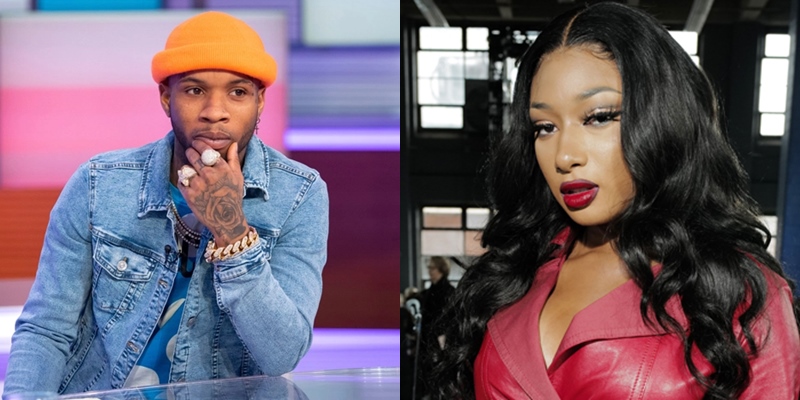 Recall that Megan Thee Stallion in August confirmed that Tory shot her in both feet after a night out in the Hollywood Hills.

However, the former Quarantine Radio host in a new album called DAYSTAR released on Thursday night, narrated his side of the shooting incident.

In the Album opener “Money Over Fallouts” around the 2-minute mark, Lanez denies he shot Megan.

His lyrics: “Can’t cry now, I’m gonna laugh later. Girl you had the nerve to write that statement on that affidavit, knowing I don’t do it. But I’m coming at my truest, trying to keep this shit 200 with you.

“Shorty I can’t prove it but the people in your ear, they are the true ones that I feel that really got you thinking Tory Lanez would do you in for real.

“Don’t forget you was my bitch, I held it down and kept it real, I would never paint no fake picture of you just for some mills and I thought that you were solid too, but look at how you doing me/Look at you doing me, people tryin’ to ruin me.”

Tory later in the song also quizzed Megan’s injuries, rapping, “How the fuck you get shot in your foot, don’t hit no bones or tendons?”

Before the release of the album, Tory had posted an announcement on his Instagram page which read: “To my fans, I’m sorry for my silence but respectfully I have time today.

“There is a time to stay silent, a time to speak and I said all I could say on this PLATFORMS in five minutes.”