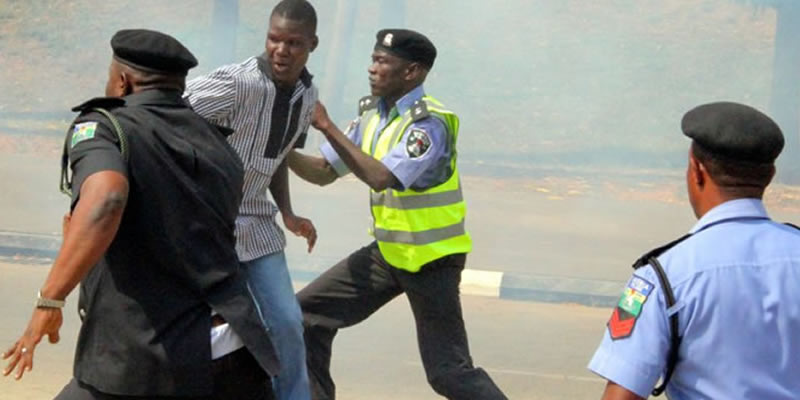 Nationwide protest: Police tells NLC,NUC what will happen on Monday if they dare come out

Nigeria Police Force has revealed what will happen on Monday September 28, if the Nigeria Labour Congress (NLC) fulfills its promise to proceed with its planned nationwide protest over Federal Government refusal to reverse the hikes in electricity tariff and fuel pump price.

WITHIN NIGERIA recalls that court had granted an order compelling the Inspector-General of Police and the Director-General, Department of State Services, to provide protection for workers engaged in their legitimate duties from any form of harassment, intimidation and bullying by the officers, agents or privies of Labour unions, while it issued an interim order restraining the unions from embarking on the strike action.

A second court order was also secured by the federal government to restrain the Nigeria Labour Congress (NLC) and the Trade Union Congress (TUC) from embarking on the planned nationwide strike.

Ahead of the planned strike action and protest by the Nigeria Labour Congress and the Trade Union Congress, the police said they would be guided by the position of the law on the matter.

According to PUNCH, the force spokesperson, DCP Frank Mba, on Saturday, when asked about how the police will handle the protest slated for Monday, said, “What does the law say in this circumstance? We would enforce the law. That is the only thing I can say.”