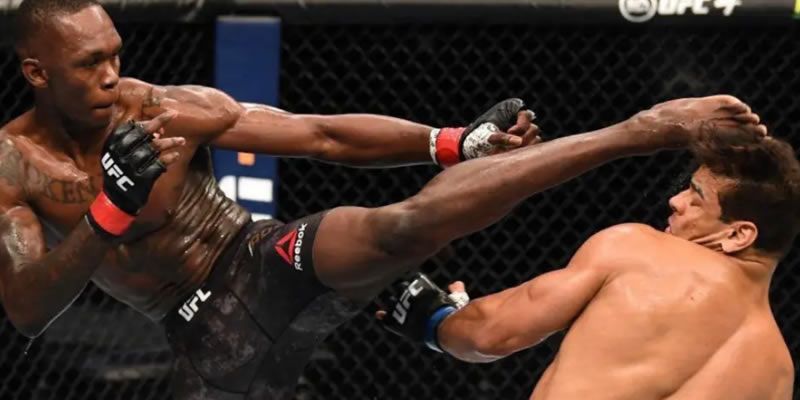 After so much boasting from two UFC fighters, Israel Adesanya and Paulo Costa, ahead of their game, the undefeated Nigerian-born middleweight champion, Adesanya has emerged victorious at the Ultimate Fighting Championship (UFC 253) after beating his opponent with TKO.

Recall that both fighters had been involved in war of words prior to their fight.

Costa had described Adesanya as “skinny”, saying the middleweight champion would be no match for him.

In response, Adesanya told his opponent “if I grab your neck, trust me, I’m never going to give you back,”. This, he said at a pre-fight press conference.

The New Zealand based Nigerian finally earned his 20th career MMA victory and retained his title with a second-round knockout of the Brazilian Paulo Costa.

There was less action in the first round as both MMA fighters traded few kicks and punches with Costa pressing the champion but throwing few shots.

Adesanya came out with more purpose in the second round, outboxing his opponent and landing deadly shots.

Meanwhile, Adesanya who is yet to taste defeat has called out Jared Cannonier as his next opponent after his second-round knockout victory which retained his UFC middleweight title in Abu Dhabi.