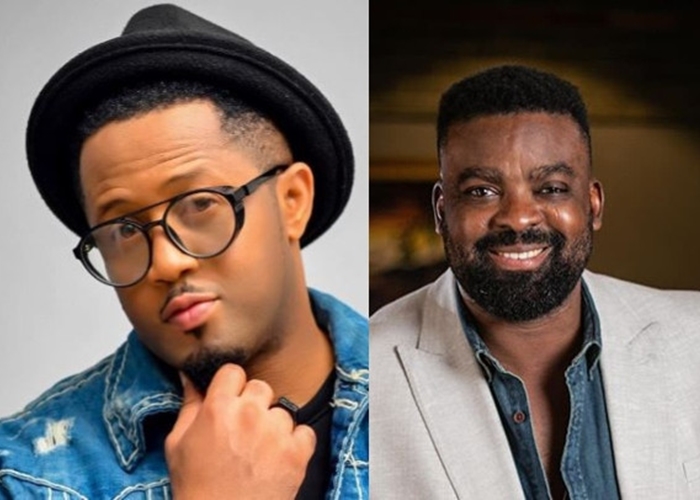 Common sense is like deodorant, the people who need it never use it – Mike Ezuruonye replies Kunle Afolayan

Actor Mike Ezuruonye has again reacted to Filmmaker Kunle Afolayan’s response to his call out post.

Recall that Kunle Afolayan had responded to actor Mike Ezuruonye’s allegation of being anti-Igbo after he shared a DM screenshot in which he (Mike) was tagged a fraudster.

However in a clapback tweet after the response, Mike Ezuruonye wrote;

Common sense is like deodorant, the people who need it most never use it 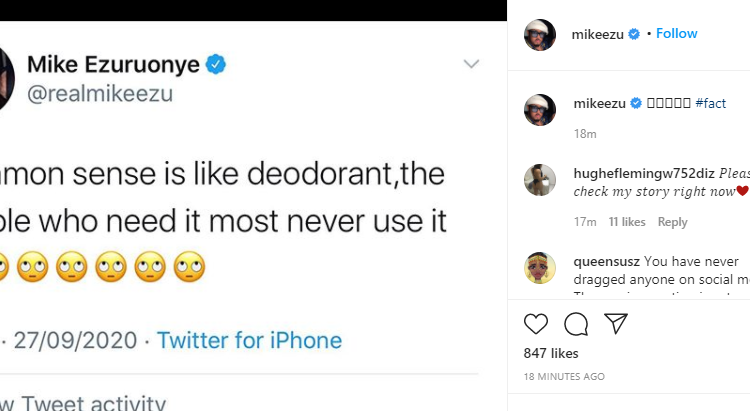 Earlier, in a DM screenshot Kunle Afolayan shared, Mike Ezuruonye was accused of scamming women. The filmmaker also attached a caption which read “Help Me, He wants to kill me”.

However reacting to this, Mike Ezuruonye stated that people have been impersonating entertainers to defraud people all around the world. He also recalled how a fraudster who impersonated him was arrested months ago by the EFCC. Read more here