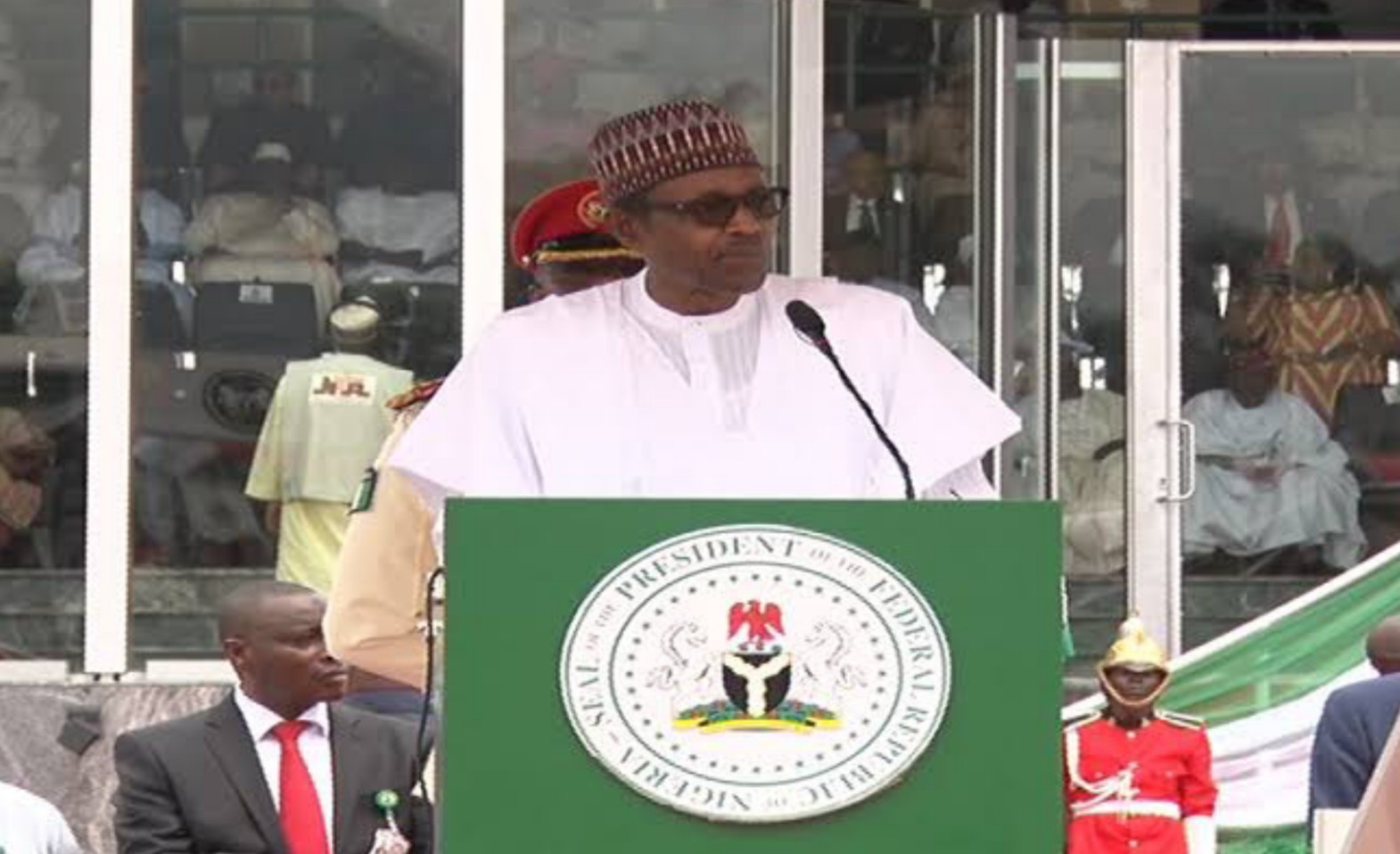 The News Agency of Nigeria (NAN) reports that the low-key event, which took place at the Eagle Square, Abuja, was held strictly in compliance with the COVID-19 protocols.

Buhari, who appeared in white traditional attires of Babbar Riga with a white cap, was accompanied by his wife, Hajiya Aisha.

The president inspected the quarter guards before marching to the State box to receive national salute.

The national salute was followed by rendition of the National Anthem.

The colourful Independence Parade was performed by the Armed Forces and the para-military agencies while the Nigerian Air Force organised fly-past displays to commemorate 60th anniversary.

The parade was led by Lt. Col. Muktar Haruna

Buhari, accompanied by vice-president Yemi Osinbajo and other personalities, signed the anniversary register

Other dignitaries at the event included the Senate President Ahmad Lawan; Chief Justice of the Federation, Justice Tanko Mohammed, and some top dignitaries.

Others were; the Service Chiefs, top government functionaries and members of the diplomatic corps.

NAN reports that President Buhari had earlier addressed the nation via televised broadcast.

During the broadcast, Buhari said that Nigerians must collectively resolve to continue their journey beyond the recorded 60 years on the understanding that Nigeria as a geo-political entity would be more beneficial to every citizen.

“We are greater together than being smaller units of nationalities,’’ he asserted.

Buhari stated that citizens should continue to do the right things to promote unity and understanding among the diverse ethno-religious groups in the country, to achieve desired goals of nation building.

”Fellow Nigerians, our history has shown that we are people that have the capacity to live peacefully with one another.

”Fellow Nigerians, to achieve the great nation we desire, we need to solidify our strength, increase our commitment and encourage ourselves to do what is right and proper even when no one is watching.

”Let us collectively resolve to continue our journey beyond the 60 years on the clear understanding that as a nation we are greater together than being smaller units of nationalities.

”By the sufficient grace of God we shall come through current transient challenges.”