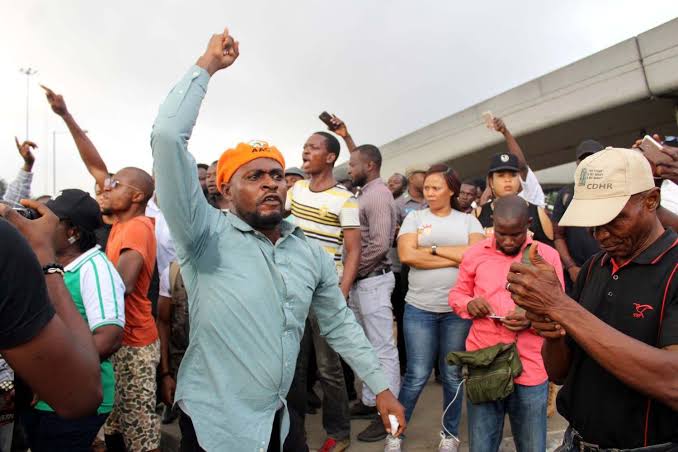 The Coalition for Revolution (CORE) has vowed not to get tired of protesting against injustice.

Speaking during a press conference on Wednesday, Gbenga Komolafe, co-convener of the group, said protest remains its main tool for rallying the masses who are the “most hit of bad governance”.

Komolafe said CORE intends to organise a protest on October 1, 2020, to drive home its demands for a better society.

He said the group is against the poor treatment meted out to the masses through “misguided policies, misrule and continuous mismanagement of resources”.

“The revolution in Nigeria is part and parcel of the struggle of masses and youths across the world against the one per cent of super-rich and will triumph as part of the waves of the working masses marching from resistance to global revolution,” he said.

“Whereas Nigeria is a rich country, we the masses are poor. Living standards have become progressively worse over the last four decades due to anti-poor policies of the elite which have led to increasing poverty for workers in the formal and informal economy as well as poor farmers in the rural areas, with Nigeria becoming the country with the largest number of poor people in the world.

“The coronavirus pandemic has further revealed social and economic inequalities in the country with a large number of deaths resulting from the terrible healthcare system, appalling housing and sanitation conditions as well the draconian actions taken by the Nigerian state in the name of containing the pandemic.

“What is there to celebrate when public office holders award themselves the highest levels of salaries and allowances in the world, oversized retirement packages and an excessive support staff for politicians while the new minimum wage, whose buying power has been reduced with increase in commodities is not constantly paid or not paid at all.

“We shall thus stand by all working-class people and youth anywhere and everywhere in the world against evil exploitative system.”

Komolafe said security agencies cannot stop them from fighting for their right.