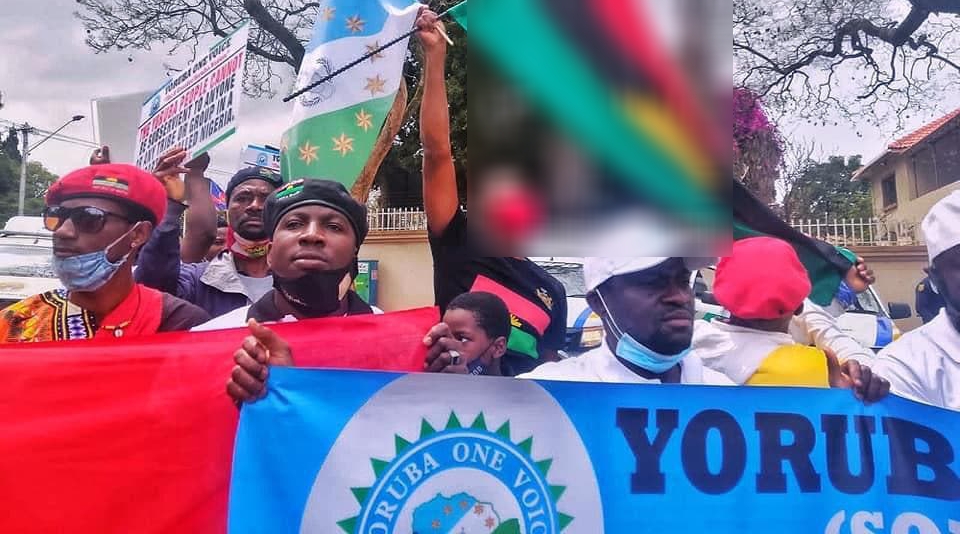 The agitators under the umbrella of  Yoruba Voice of Liberation (YOVOLIB)  warned the Federal Government against arresting leading Yoruba nationalists, the Aare Onakakanfo of Yoruba land, Iba Gani Adams and President-General of the Yoruba World Congress (YWC), Prof. Banji Akintoye and others.

The agitators threatened that Nigerians in the Diaspora would respond if their leaders are touched.

In a statement titled:

“Four Things President Muhammadu Buhari Must Do To Avoid Interntional Actions and Sanctions”, president of the group, Dr. Adekunle Ademola, a United Kingdom-based lawyer urged the international communities to call the Buhari-led government to order on the use of live bullets against harmless protesters.

“Nigerian government must respect right of expression, end violence on peaceful protesters and provide platform for dialogue on way forward. The job of law enforcement agencies is to monitor the protest such that order is maintained. This is far from the case in treatment of protesters in Nigeria.

“People of Yorubaland and entire Nigeria have the right to peacefully express their choices in the affairs of Nigeria. In every civilized community, similar to what operated during Brexit and similar situations in history of nations, groups/parties for and against particular  terms of association  should be allowed to exercise their fundamental rights of expression in enabling environment that enhance informed choices.