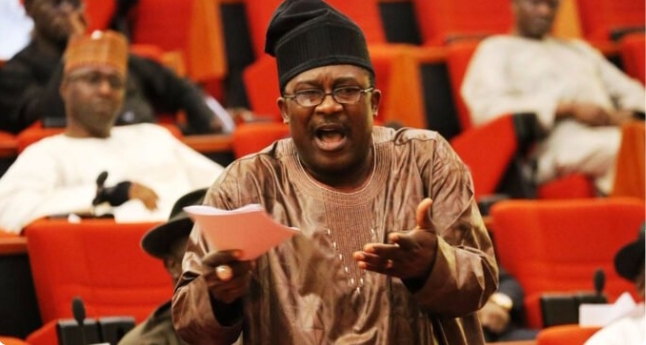 Senator representing the people of Kogi West, Smart Adeyemi has described the emergence of Yahaya Bello as governor of Kogi state as ‘divine’.

The Kogi West senator said Yahaya Bello was re-elected because he was able to bring everyone together in his first term.

“There are things within a state that determines who wins the election. Let me just give you one of the secrets why the governor won this election,” he said.

“When he came into office, he brought everyone together. He won again because he was able to put in some landmark achievements that others could not do. In my senatorial district, we have a rice mill; it is one of the biggest that you can think of.

“What is affecting the commencement of the rice mill, where 2,000 people will be employed, is that the federal road to that place is bad, but this governor went to my area and put a rice mill that will employ about 2,000 people.”