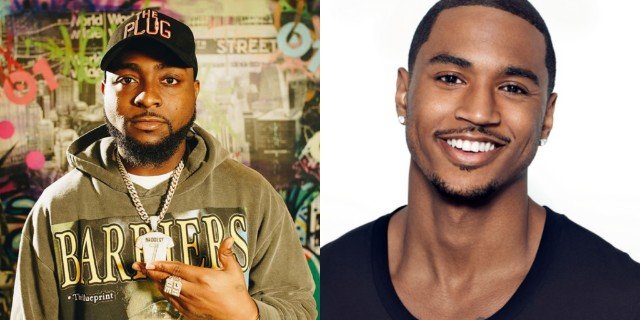 American singer, Trey Songz, has enlisted Davido, an Afropop musician, for ‘Sleepless Nights’, a track off ‘Back Home’, his forthcoming album.

The singer took to Twitter on Tuesday to share the songs on the album, which included the collaborative track.

Trey Songz’s debut album ‘I Gotta Make It’ had been released in 2005 through Atlantic Records. ‘Trey Day’, his follow-up’, spawned his first top 20 single titled ‘Can’t Help but Wait’ but he did ‘Ready’, his third album, in 2009.

‘Say Aah’, a single therefrom, peaked at No. 9 on the Billboard Hot 100, making it Songz’s first top 10 hits while ‘Ready’ was nominated for Best Male R&B Vocal Performance at the 2008 Grammys.

In 2012, Songz released his first number one album ‘Chapter V’, which debuted atop the Billboard 200. The album’s lead single titled ‘Heart Attack’ was nominated for Best R&B Song at the 2013 Grammy Awards.

The 35-year-old R&B star would later put out his sixth studio album ‘Trigga’ in 2014, having sold over 25 million records worldwide in singles and albums.

For Davido, a collaboration with Trey Songz comes just as ‘FEM‘, his recently released solo single, continues to rake in numbers across streaming platforms ahead of ‘A Better Time’, his third studio album.

Beyond music, he had recently left tongues wagging after he spoke on the country’s socio-political landscape and what he thinks should change before he would consider venturing into politics.