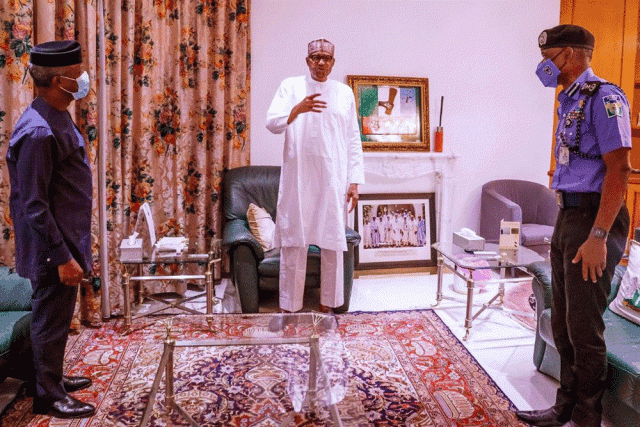 #ENDSARS: Buhari breaks silence on heavy protests, tells IGP what to do

President Muhammadu Buhari has finally reacted to the ongoing protest against police brutality in the country.

The President in a statement on Friday called for calm and patience even as he ordered the Inspector general of Police to address the concerns of Nigerians.

The President according to the statement said he met with the Inspector General of Police over the continued extrajudicial activities of the notorious police unit Special Anti-Robbery Squad.

“I met again with the IGP tonight. Our determination to reform the police should never be in doubt,”

“I am being briefed regularly on the reform efforts ongoing to end police brutality and unethical conduct, and ensure that the Police are fully accountable to the people,”

Buhari said he ordered the IGP “to conclusively address the concerns of Nigerians regarding these excesses and ensure erring personnel are brought to justice.”

Buhari, also called for patience and calm, even as Nigerians freely exercise their right to peacefully make their views known through protest.

He assured Nigerians of adequate protection adding that vast majority of men and women of the Nigeria Police Force are patriotic and committed to protecting the lives and livelihoods of Nigerians.