It was gathered that body of the deceased was discovered in the examination hall of Victory International College Daudu in the early hours of Monday, by a group of women who went to fetch water around the premises.

The body has been deposited at Daudu Mortuary by men of the State Police Command. 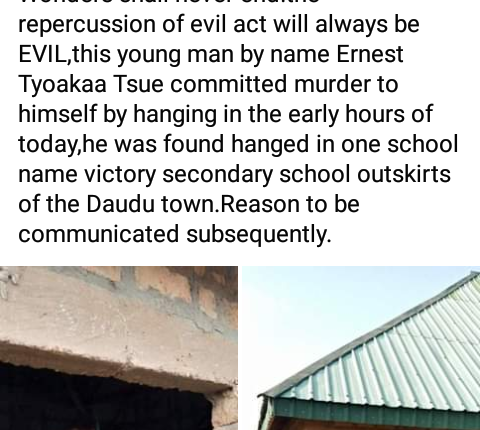