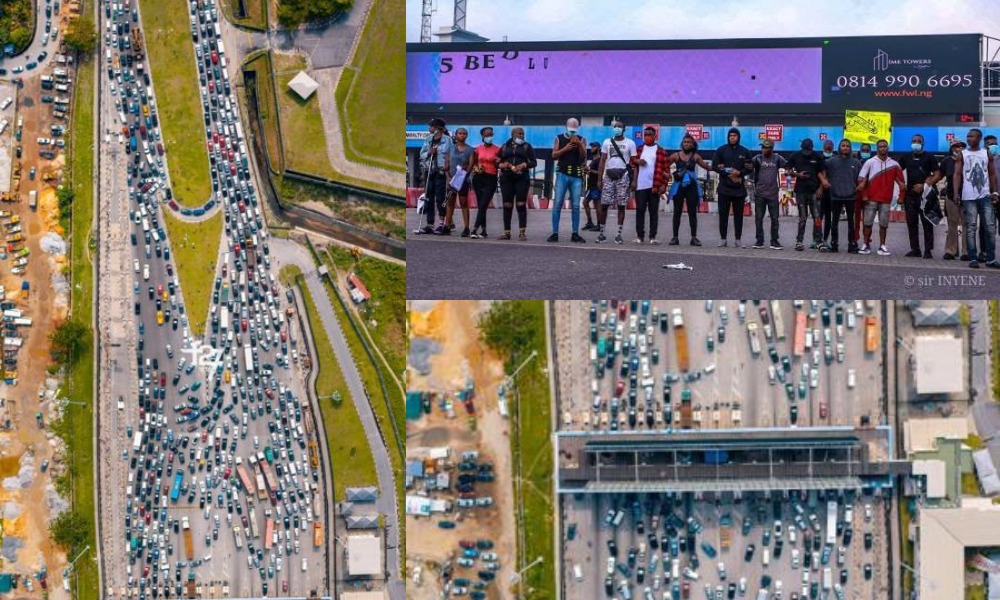 There is massive gridlock at Lekki Toll Gate as #EndSARS protesters shutdown the expressway on Monday morning.

The #EndSARS protesters hit the Lekki Toll Gate section of the Lekki-Epe Expressway, Lagos State, to resume demonstrations despite the disbandment of the Special Anti-Robbery Squad of the Nigeria Police Force.

WITHIN NIGERIA had earlier reported that the Inspector-General of Police, Mohammed Adamu, on Sunday afternoon, announced the disbandment of the police unit after days of online and offline protests.

But the protesters on Monday want the authorities to carry out psychological evaluation and re-training of all disbanded SARS officers before they are redeployed.

They also demanded the release of all arrested protesters, justice for all deceased victims of police brutality and appropriate compensation for their families.

The protesters also called for increased salaries for police officers and the establishment of an independent body to oversee the investigation and prosecution of all reports of police misconduct within 10 days.

The Traffic on Lekki- Epe Expressway // Second Tollgate as a result of the #ENDSARS Protest… yesterday. pic.twitter.com/lsSQOANKKi

Meanwhile, Popular Nigerian singer, Davido has announced that he will be meeting with IGP Adamu this morning to probably discuss what the Nigerian youths want from the Police and Federal Government.