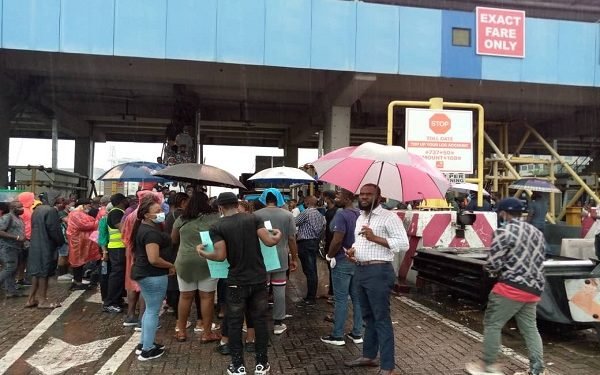 #EndSARS protesters have reportedly defied rainfall again and shut Lekki toll gate along the Lekki-Epe Expressway as they continued their protest to demand for proscription of Special Anti-Robbery Squad (SARS).

This is coming barely 48 hours after the Inspector General of Police dissolved the controversial police unit, SARS and presidential panel also approved the demands of the #EndSARS protesters.

WITHIN NIGERIA gathered that the protesters stormed the Lekki Toll Gate section of the Lekki-Epe Expressway despite heavy downpours.

Several residents plying the toll gate were forced to return home because of the girdlock.