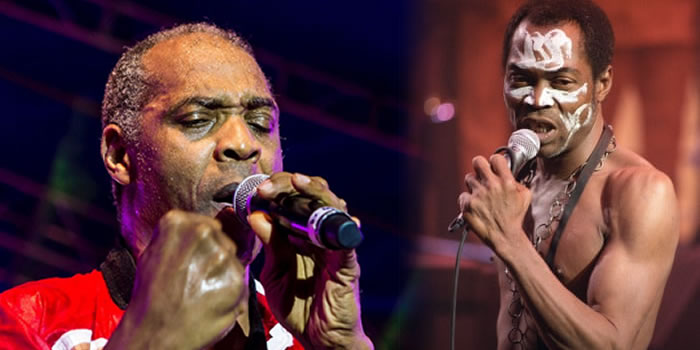 In a bid to acknowledge Late Nigerian Music legend, Fela Anikulapo’s birthday, his son, Femi decided to storm the streets of Lagos to lead a peaceful #EndSars protest.

In a video going viral presently on Instagram, the 58 year old was seen walking aggressively with some peaceful protesters in Ikeja, Lagos.

According to reports, the musician decided to join the protest after the protesters were attacked by some unknown men earlier today.

It can be recalled that when his father, Fela was alive, he was an outspoken critic and target of Nigeria’s military junta. In 1970, he founded the Kalakuta Republic commune, which declared itself independent from military rule and was destroyed in a violent 1977 raid. Since his death in 1997, reissues and compilations of his music have been overseen by his son Femi Kuti.

Watch video of the protest below;