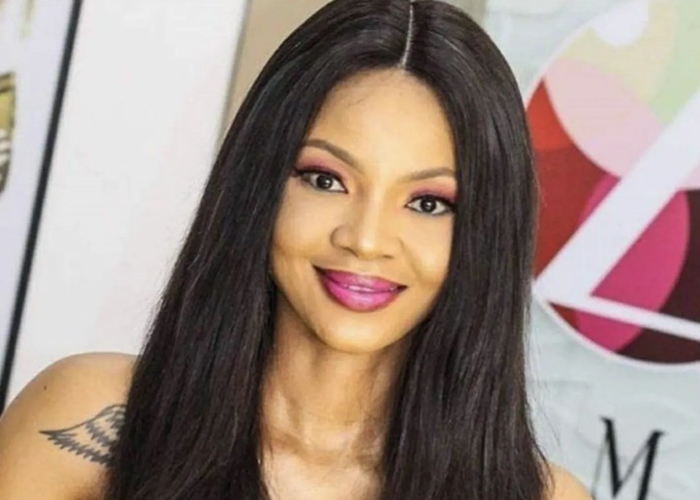 A Nigerian lady has recounted how her friend, Adenike lost her legs after she was mistakenly shot by Sars officers.

Sharing the story, @theearthygoodness on Instagram, said Adenike was on her way home when SARS officers who were chasing armed robbers, fired gunshots, and she was mistakenly hit by one of the bullets.

After she was taken to the hospital, the officers visited severally, threatening her to lie that armed robbers shot her, even after she lost her legs to the sad incident.

Read the full story below;

“This is my friend Adenike. She was shot in 1996 when she was 15. She was on her way home in company of friends after visiting another friend. SARS were pursuing fleeing armed robbers. The bus she was in happened to be on the same road as them. The policemen proceeded to spray the bus with bullets.

After the driver stopped, they sprayed some more bullets. Nike was hit by one of the bullets! In her words – “The police saw that I was hit and instructed the driver to drop me that I was going to die anyway; I can’t remember if fuel finished in their car or something”. How did chasing feeling armed robbers correlate with shooting a bus full of civilians?! She was in school uniform along with 4 friends!

The bullet grazed her spinal cord. When they got to the hospital, the police started threatening the family to say she was shot by armed robbers. They also said the family should prove that the bullet had their markings! They intimidated the family so much that the doctors had to change her room twice!

The police visited the hospital daily insisting they wanted to speak to her. Nike was in a coma all the while this was going on, yet they did not cease their harrasment. When she eventually woke up, she was told not to narrate what happened. So, not only was she robbed of her legs, they also took away her truth.

After almost one year in the hospital, she eventually came home to us. In a wheelchair. Not a single kobo was paid by the police towards her medical care. We are grateful that she survived where many did not.

She is also the only survivor out of everyone hit by SARS bullets that day. She has come to terms with how her life was forever changed. But do you know how she feels knowing that nothing has changed since 1996? This is one of the reasons why we must #ENDSWAT #ENDPOLICEBRUTALITY #ENDSARS.”