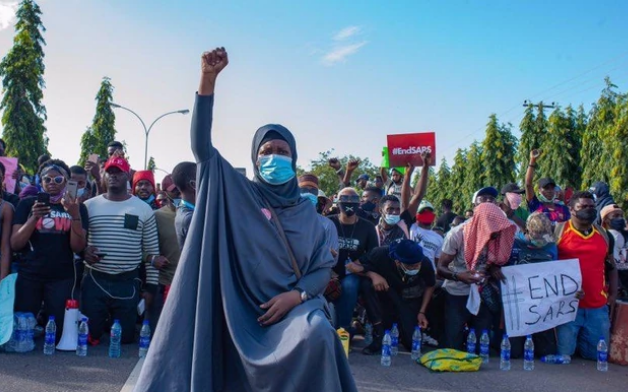 The federal capital territory administration (FCTA) has banned street protests and any form of public demonstration in the nation’s capital city over safety fears.

WITHIN NIGERIA reports that Nigerians have been protesting nationwide for over a week for the scrapping of the now-defunct Special Anti-Robbery Squad (SARS) of the Nigeria Police Force, a unit with a long history of abuse of power.

Even though the government dissolved the unit earlier this week, protesters have refused to back down, expressing discontent with the government’s measures.

In a statement released by the FCT administration on Thursday, October 15, 2020, the security committee decided at its October 13 meeting that the protests are in violation of safety rules.

The committee alleged that the peaceful protesters have been behaving in an unruly manner, and caused inconveniences to others in the capital city.

The committee also alleged that the protesters have failed to comply with COVID-19 guidelines regulating public gatherings.

The committee’s meeting, presided over by FCT Minister, Muhammad Bello, resolved that the ongoing protests endanger the lives of everyone in the capital city.

“All street demonstrations, protests, and processions will not be allowed anywhere within the FCT,” the statement read.

The statement failed to state the consequences for violating the ban, but at least 10 protesters have been killed, and many assaulted by police officers since the protests started over a week ago.

Hoodlums have also attacked the protesters in Lagos and Abuja and injured some while also damaging property.