Nengi whose late father and mother were from Britain and Bayelsa respectively was dragged severally and called a liar for claiming she is 22 years old.

Nengi made the rounds after she revealed she was just 22 years old during the reality TV show.

The 3rd runner up of the BBnaija show  took to her Instagram story to stylishly show her date of birth as she flaunted her British Passport.

However, the British passport she share shows she was born on the 1st of January, 1998 (22 years).

See the Bio data page of the passport below: 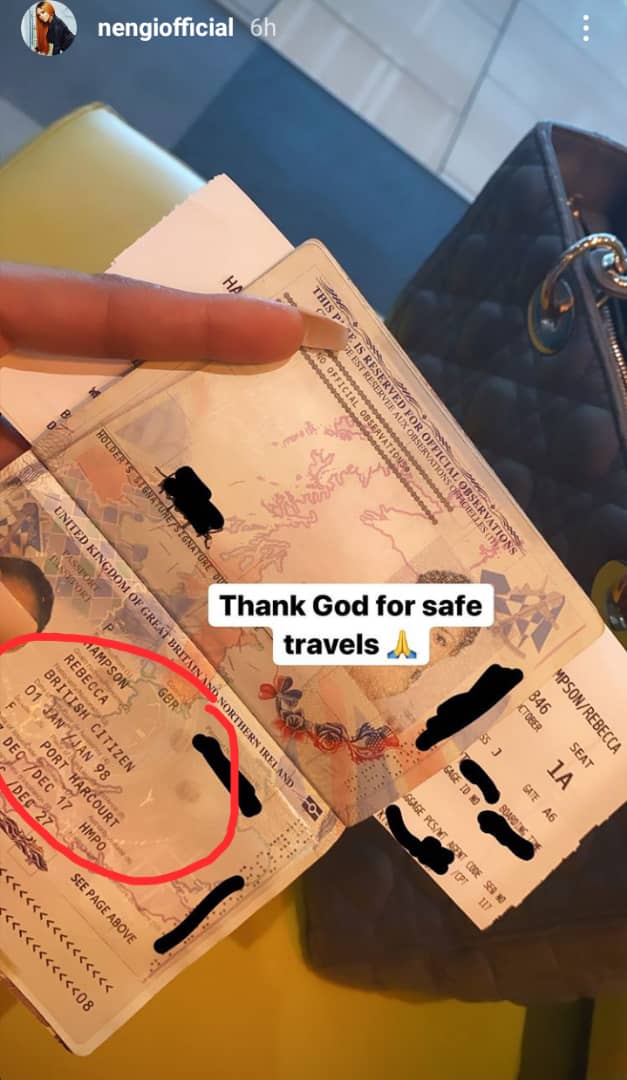