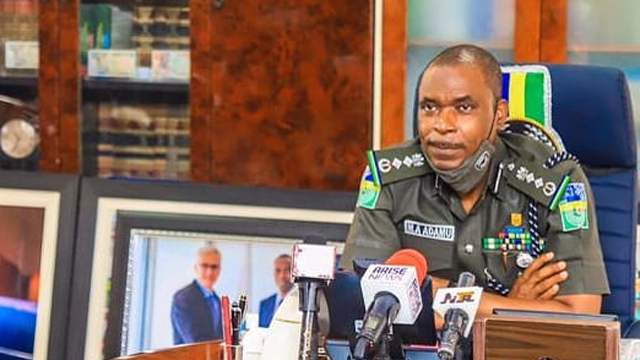 The Inspector-General of Police, IGP, Mohammed Adamu, has issued a directive for the smooth take-off of the new tactical police unit, SWAT.

WITHIN NIGERIA recalls that the IGP had on Sunday, October 11, 2020, dissolved the controversial Special Anti Robbery Squad (SARS) and created a new tactical unit, Special Weapons And Tactics unit (SWAT) on Tuesday, October 13.

In a letter signed by the IGP, and sighted by WITHIN NIGERIA, IGP Adamu directed that the DIG, FCID and Commissioners of Police each of the 36 states of the Federation and the FCT are to screen and select a total of 50 officers and men from each of their commands comprising of 2 CSPs, 2 SPs, 5 DSPs, 5 ASPs, 30 Inspectors and NCOs and 6 NCO drivers.

The tactical unit’s goal will be restricted to:

Other important facts the IGP noted about the new SWAT is that:

The letter signed by the IGP read:

In order to facilitate the immediate take-off of the newly approved NPF-SWAT Team, it is directed as follows:

The DIG FCID and each commissioner of police across all the state commands are to arrange and transport the 50 selected in their respective commands to the Training Colleges/School for which they are scheduled.

All the officers and Men MUST arrive and document on Sunday, 18th October 2020 at their designated training facility.

The ranks, names and ages of the nominated personnel should be forwarded to the Office of the IGP, DIG Training and Development and the Deputy Commissioner of Police (Peacekeeping Directorate, FHQ, Abuja) and not later than Friday, 16th October 2020.

See copy of the letter below: 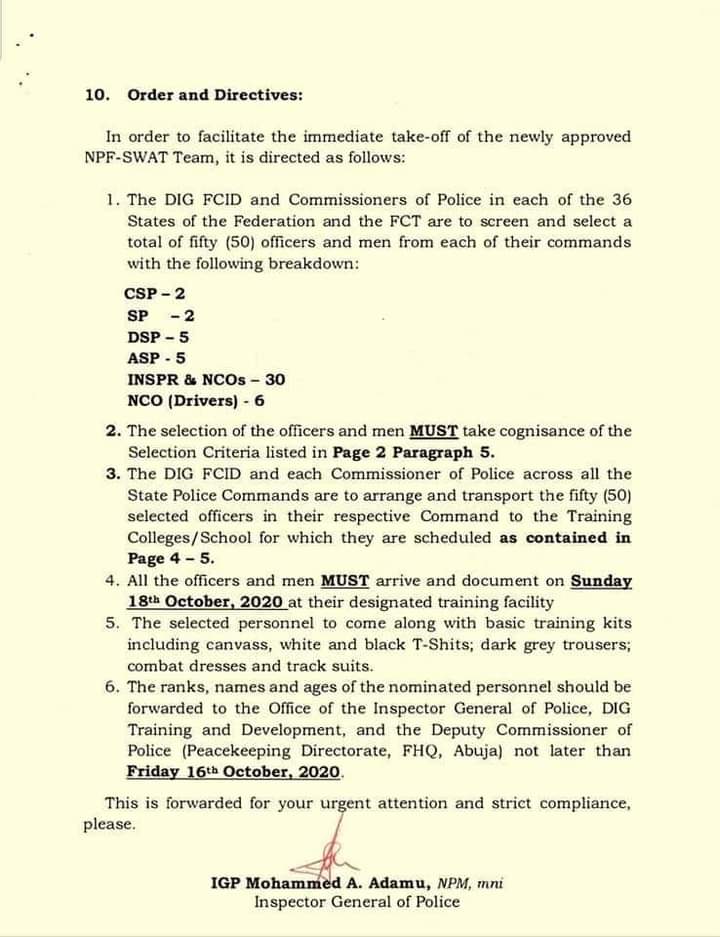