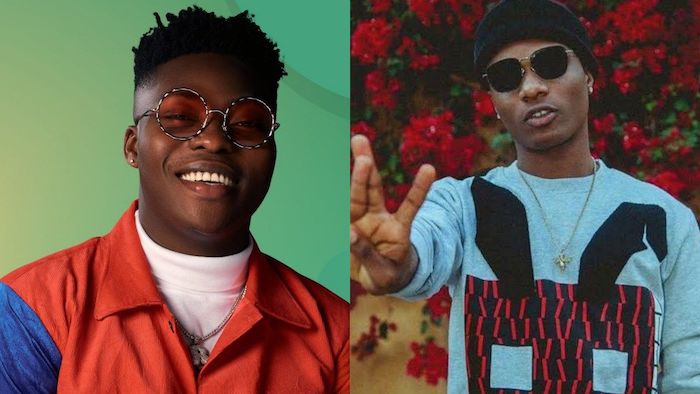 Sensational singer, Wizkid took to twitter to fight dirty with his colleague, Reekado Banks for promoting a song he just released amidst #EndSars protests in Nigeria.

According to Wizkid, Reekado Banks should not be releasing or promoting any music at a crucial moment like this.

“Out of control, gbedu must drop. This one with my brother @wizkidayo “OMO OLOMO” midnight dropping Still on the matter !!! #EndSWAT #EndSARS #EndPoliceBrutality”

Wizkid however replied Reekado and urged him to delete the tweet immediately, adding that it was not the right time for such.

“Delete this dude ! Can’t believe you’re even doing this at a time like this. Old song ! #endsars fool!” Wizkid tweeted.

Within Nigeria recalls that postponed the release of his Made in Lagos album that was supposed to be launched on the 15th of October, 2020, due to the ongoing protests against Police Brutality and corruption in Nigeria. 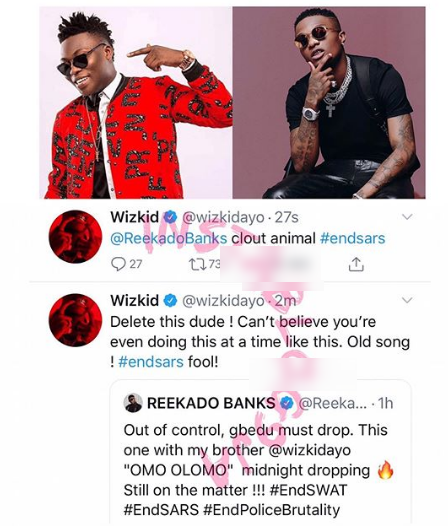