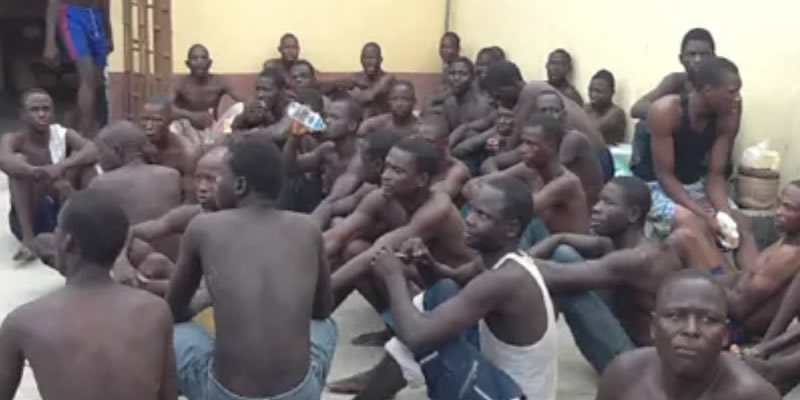 More than 30 suspects in the custody of disbanded Special Anti-Robbery Squad (SARS) in Ikeja have reportedly fled in a jailbreak.

WITHIN NIGERIA learnt that the suspects who are armed robbery, kidnapping and murder suspects including a man caught with three rifles, allegedly fled after tricking the Station Officer (SO) that there was an emergency inside the cell.

It was further learnt that the suspects allegedly descended on the SO as the cell was unlocked, beating him to a pulp before fleeing with his phone and Automated Teller Machine (ATM) cards.

Reacting to the incident, the police denied reports that over 80 suspects fled while being transferred to the State Criminal Investigation Department (SCID).

According to police sources, no fewer than 30 suspects were still missing.

Deputy Commissioner of Police (DCP) in charge of SCID, Yetunde Longe, has temporarily relocated to the former SARS head office inside the command headquarters.

He said the claim was an unfounded, baseless and mischievous rumour.

He said: “It is an attempt to cause fear and panic in the minds of Lagosians, and distracting the command.

“In line with the directive of the IGP, the State CID, Yaba, has taken over the disbanded SARS and other tactical units’ buildings in Ikeja and other satellite offices across the state, including the suspects.

“The suspects in all the cases handled by the disbanded SARS are intact.”

It said Lawal, a resident of 30, Anjorin Street, Aminkanle, allegedly drove recklessly, leading to the death of Ojo Azeez, 27, and Yusuf Sodia, 26, who were protesting at Ikola Road, Alagbado, on Wednesday.