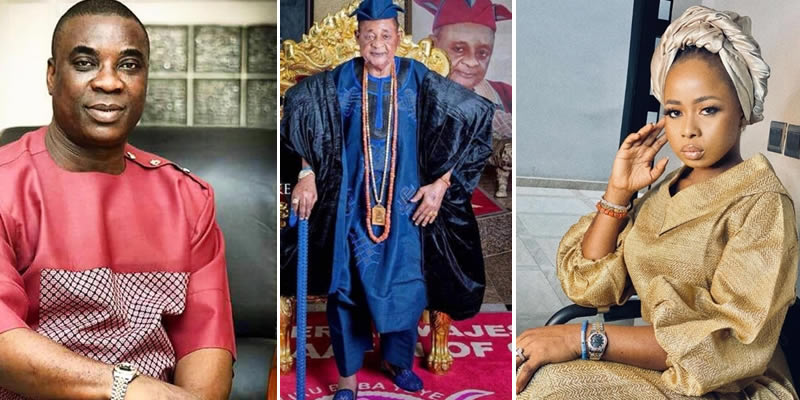 One of Alaafin of Oyo’s alleged estranged wife, Queen Ola has continued to fuel the divorce rumours that has been flying around.

This was confirmed following Ola’s attitude on the traditional ruler’s birthday yesterday 16th of October.

While the other queens  took out time to celebrate the Alaafin of Oyo, Queen Ola decided to shun the celebrant and continued with her daily activities.

Within Nigeria recalls that Queen Ola who happens to be the youngest wife of the king, was said to have been sent packing from the palace because she was allegedly dating Fuji musician, Ayinde Marshal aka KWAM1 who was installed in January 2020 as the Maiyegun of Yorubaland by the highly revered monarch.

Claiming innocence of all accusations, Queen Ajoke, however, placed curses on herself should the rumours going viral be true about her and the respected artiste.

“May all the gods of Alaafin deal with me if I ever had sex or any untoward relationship with K1. I beseech the spirits of dead kings and queens to deal badly with me should the rumour be true but if the accusations aren’t true, may all the curses be that of Esabod and her offspring,” she said.