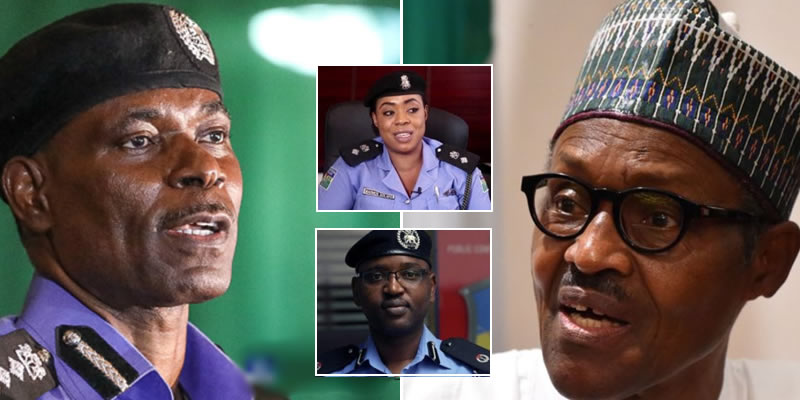 Police Service Commission has debunked the report of demotion of Assistant Commissioner of Police (ACP) Abayomi Shogunle, Chief Superintendent of Police (CSP) Dolapo Badmus and dismissal of others.

Shogunle was a former head of the Police Public Complaint Unit while Badmus a former spokesperson for the Lagos State Police Command and later the Zone Two Command.

A list purportedly submitted by the Presidential Panel on Police Reforms was Saturday afternoon posted online, including names and service numbers of 37 officers alleged to have been recommended for dismissal, demotion, or warning.

Specifically, Ayo Akanji, a member of President Muhammadu Buhari’s media team, in a series of tweets on Saturday, October 17, 2020, released the names and service numbers of the dismissed officers on Twitter. 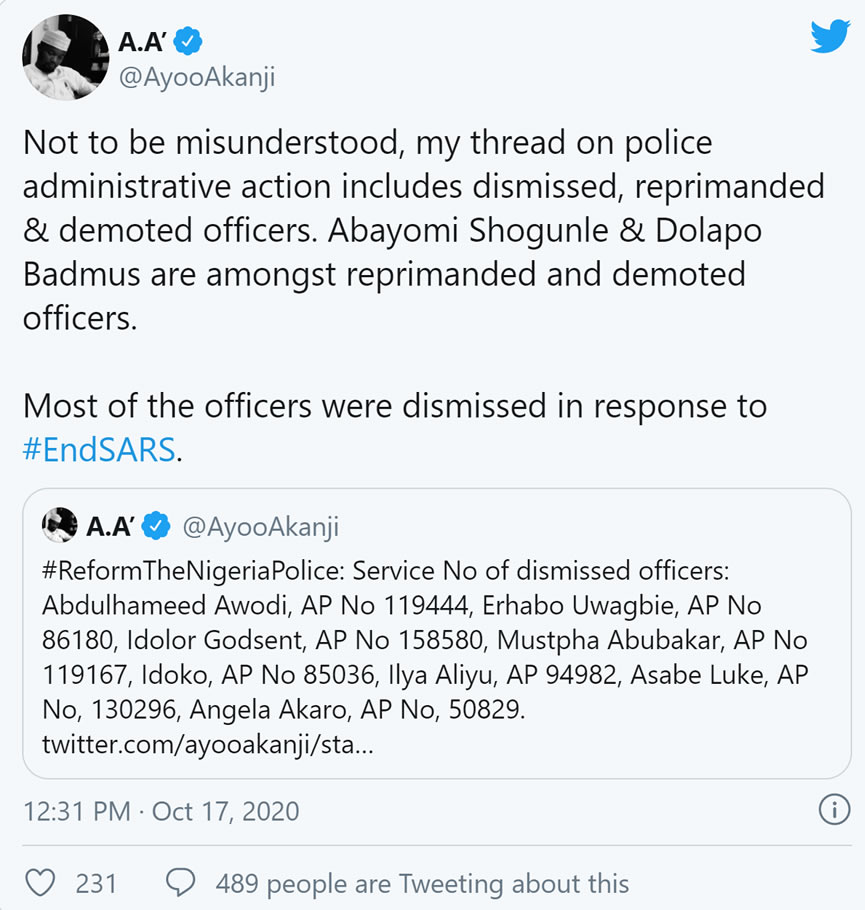 Spokesman for the PSC, Ikechukwu Ani, said the news of their dismissal could not be true since the Commission had not met.

“The Commission did not sit yesterday and I am not aware of any dismissal. The Commission meets officially before any decision is taken and it has not met,” he said.

In no time the list went viral online with people celebrating the alleged dismissal of Shogunle and Badmus who are active social media users and have in the past ran into conflicts with young people.

It was gathered their names might have entered the list because they were reprimanded at one point or the other.

A Police Commission Spokesperson told newsmen that the report was fake wondering what the duo of Shogunle and Badmos might have done to warrant dismissal.

“Neither of them were in SARS. So, if they are talking about the dismissal of former SARS officers, they should not be among.

“It can’t be true. Maybe they were queried before and some type of punishments was allocated to them. Some punishments can be a very minor eg warning letter. Social media lies are too much. I am sure it isn’t dismissal for all the names on the list,” he said.