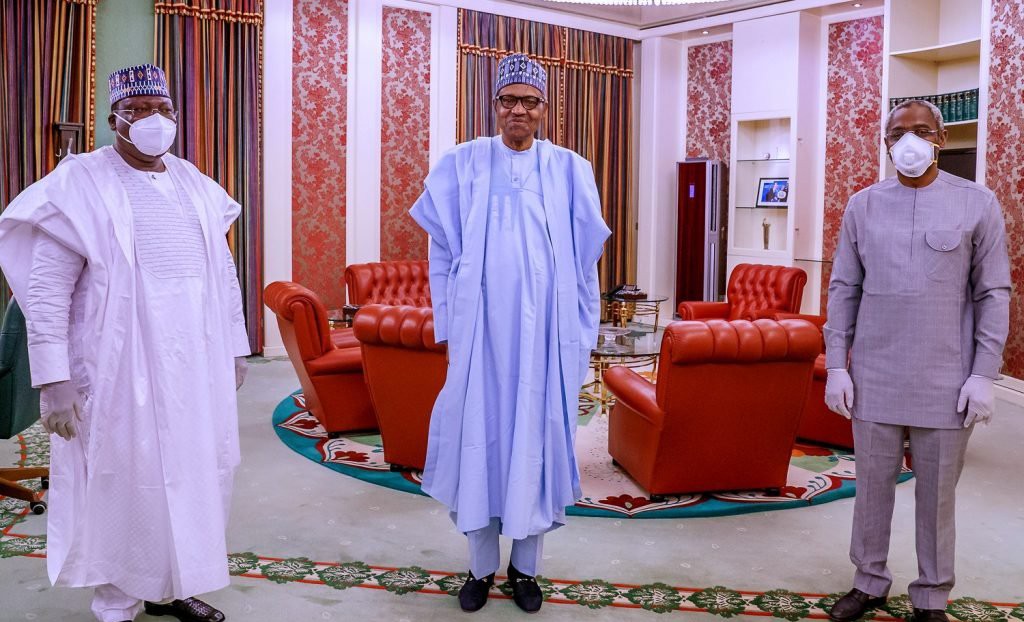 President Muhammadu Buhari is currently holding a closed-door meeting with the Senate President, Ahmad Lawan, and the Speaker of the House of Representatives, Femi Gbajabiamila over the various #EndSARS, #EndSWAT protests across the country.

The meeting which started on Sunday afternoon, is being held at the presidential villa, Abuja where the various protests in the country is the main issue of the meeting.

After the meeting, the NASS representatives, Lawan and Gbajabiamila, “appealed to Nigerian youth to end the #EndPoliceBrutality protests across the country saying the government has heard and accepted their genuine demands and working to address all of them.”

Speaking, the Senate President, Lawan said; “Since the issues [raised by the protesters] have been accepted [by the government] the time has come for the protests to stop, government needs to have time to implement the demands of the protesters”.

Nigerians, over the past one week have been protesting against police brutality and Insecurity.