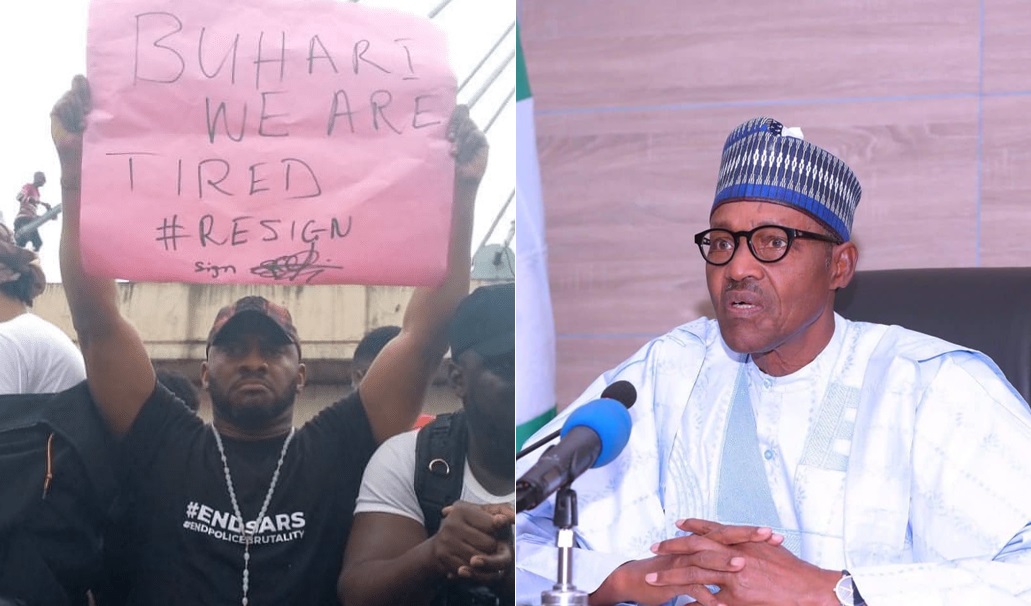 The actor made this known via his Twitter handle on Monday afternoon, October 19.

According to Yul, President Buhari was very vocal during the Goodluck Jonathan administration and called for the resignation of the former President on the basis of poor performance.

He opined that President Buhari has performed worse than Jonathan, therefore he should resign from office.

”President Buhari was very vocal during the previous Govt. He called for Goodluck’s resignation on the basis of poor performance. Today Buhari’s performance is worse than that of Jonathan. We put our hopes in him & he failed us. I call for Buhari’s resignation. #ENDBADGOVERNANCE” he tweeted

Meanwhile, we had one time reported how the veteran actor, Yul declared intention to run for presidency if the Nigerian youths are ready to support him.