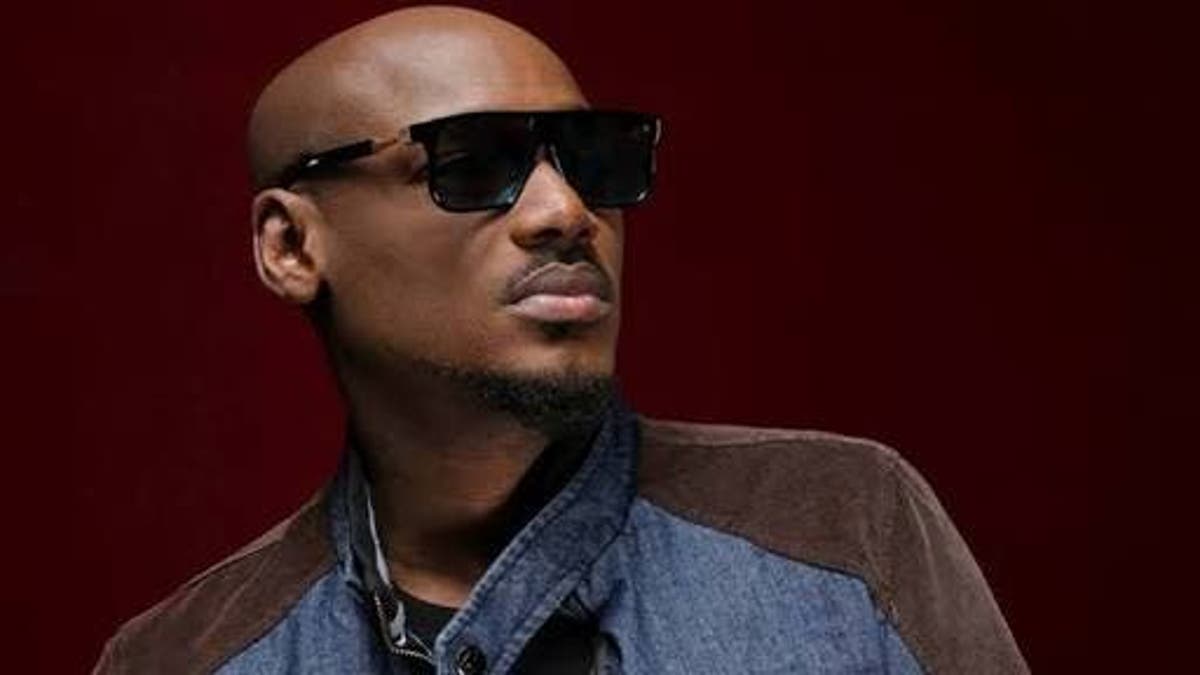 “Join The Protest If You Are Not Happy With Your Welfare” – 2Baba Advises Police, Other Security Agencies

Innocent Idibia, a popular Nigerian singer, better known by his stage name 2face Idibia now 2Baba, has advised the Nigerian Police force and other security agents to join the ongoing #EndSARS campaign sweeping across the country.

The ‘African queen’ hitmaker advised them to hit the streets to demand for better welfare condition as he noted that they are not slaves to the government.

“Police!! Military!!! and all security agencies!! If una no happy about una welfare make una join this movement for a better naija. Una no be slave .
#EndPoliceBrutality #endimpunity #endlooting” 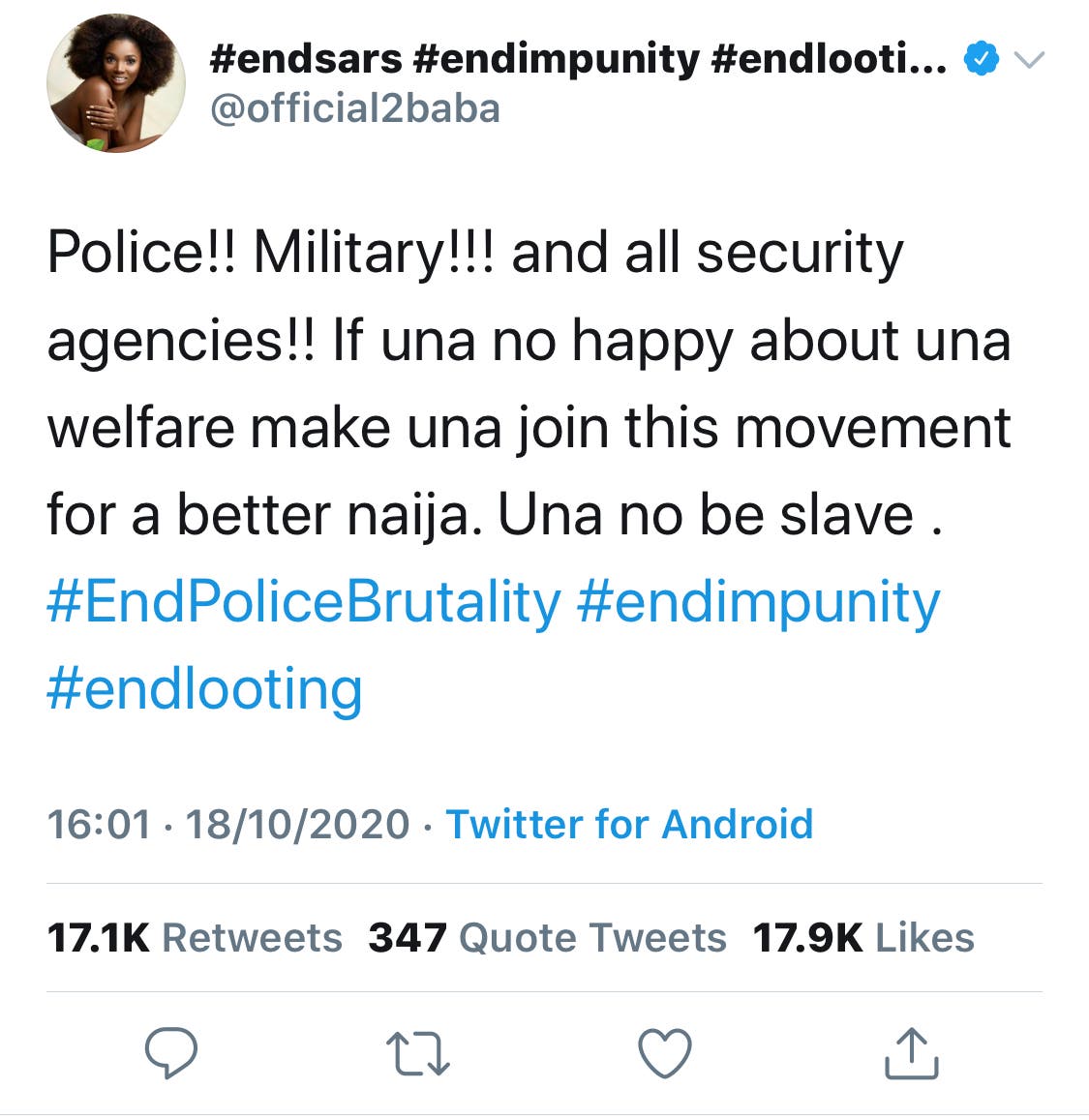