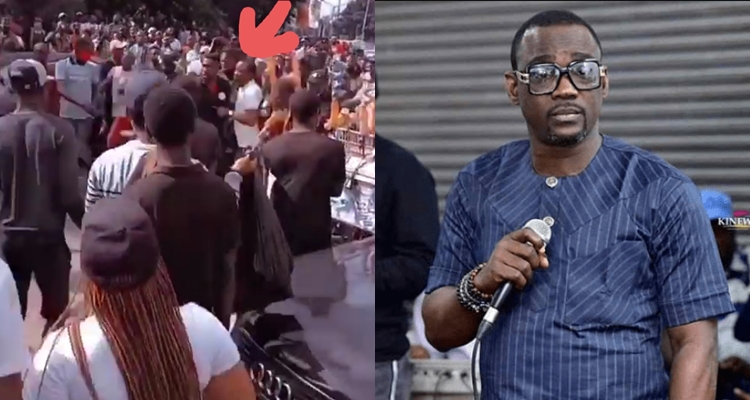 Angry protesters booed and dragged veteran singer, Pasuma, out of the #EndSARS protest in Alausa. The protesters accused him of benefitting from the system that has caused Nigerians so much pain.

They booed him before dragging him by his trouser out of the protest ground.

In other news, the two entrances of the Central Bank of Nigeria (CBN) head office situated in Abuja have been blocked by protesters demanding an end to police brutality.

The protesters who carried placards demanding for reduction of government salary budget while chanting anti-government songs and wielding vowed to prevent activities at the nation’s apex bank on Monday.

WITHIN NIGERIA learnt that the protesters parked vehicles in front of the main gate of the CBN headquarters and reportedly blocked movement in and out of the premises and from connecting roads.

According to report, music was blaring from loudspeakers at the premises as of 9:30pm while some of them vowed to spend the night there.

Security operatives guarding the building are on standby in case of any break out of violence.