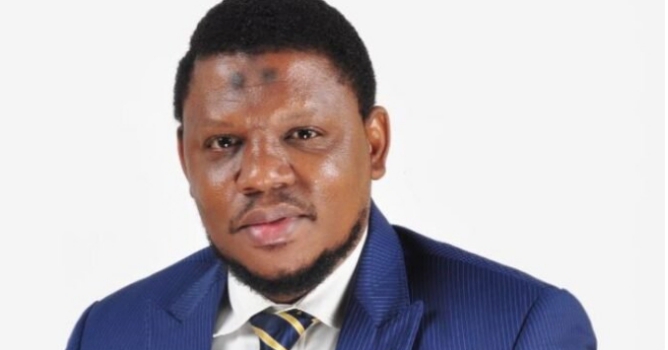 The CEO of IPI Global, Adamu Garba who once declared his intention to contest for presidency in 2019 has filed a $1 billion suit against Jack Dorsey, chief executive officer of Twitter for supporting the #EndSARS campaign.

Recall that the Twitter CEO, Dorsey had joined other international figures backing the campaign against police brutality in Nigeria.

Dorsey also called for donations to support it while Twitter created an icon for the #EndSARS hashtag.

The former presidential aspirant, Garba lastweek threatened to sue the Twitter CEO after calling him out for rooting for the movement which he said is “capable of breaking law and order in the country”.

Garba in a suit filed at the federal high court, Abuja on Tuesday requested the court to fine Dorsey and Twitter $1 billion as damages against Nigeria for supporting the campaign.

The businessman also sought a declaration directing the company “to stop the operation of Twitter Int’l  in any part of the territory of the Federal Republic of Nigeria”.

In the suit, he also sought: “A declaration that the mode of sponsorship and protest of the ENDSARS protest by the 8th to 10th Respondents is illegal, unlawful and a violation of the Applicant’s fundamental right to liberty, (the) dignity of human person, freedom of movement and (an) economic right guaranteed and protected under Sections 34(1), 35(1), 41(1) and 43 of the Constitution of the Federal Republic of Nigeria, 1999 (as Amended).

“A declaration that the 1St to 6th respondents (referring to Nigerian authorities joined in the suit) has the constitutional and statutory duties to protect lives and property of citizens and ensure the existence of peace and order in any part of the territory of the Federal Republic of Nigeria as provided under Section 5(1)(a) & (b) of the Constitution of Federal Republic of Nigeria, 1990 (as Amended).

“An order of perpetual injunction restraining the 8th to 10th Respondents whether by themselves or by their officers, agents, servants, privies and/or otherwise however called from further sponsoring and staging the ENDSARS Protest or any protest in any other manner, howsoever described that infringes on the Fundamental Rights of the Applicant (Adamu Garba) as guaranteed by Section, 34(1), 35 (1) and 41(1) of the 1999 Constitution and Articles 1, 2, 3, 4, 5, 6 and 12(1) of the African Charter on Human and Peoples Rights (Ratification and Enforcement) Act, Cap. A9, 2004.

“An order of this Hon. Court directing the 1St to 6th Respondents to take measures to stop the 8th to 10th Respondents from further sponsoring and carrying out the ENDSARS Protest using force that is reasonably appropriate in the circumstance of the Protest.”

While speaking with newsmen outside the court premises, Garba said Dorsey endorsed a campaign that has resulted in “serious catastrophe for the country”.

“Now, we have several uprising in the country; destruction of so many lives and property,” he said, adding: “And therefore, we are calling on Jack Dorsey to come and pay Nigerian government $1 billion in compensation for all the damages caused this country.”

However, the Socio-Economic Rights and Accountability Project (SERAP) while responding to the suit filed by the former presidential aspirant said on its Twitter handle, it would oppose the suit in court.

SERAP said on Tuesday that it had already instructed human rights lawyer, Mr Femi Falana (SAN), to lead a team of lawyers to, on behalf of Nigerians, oppose Garba’s suit.