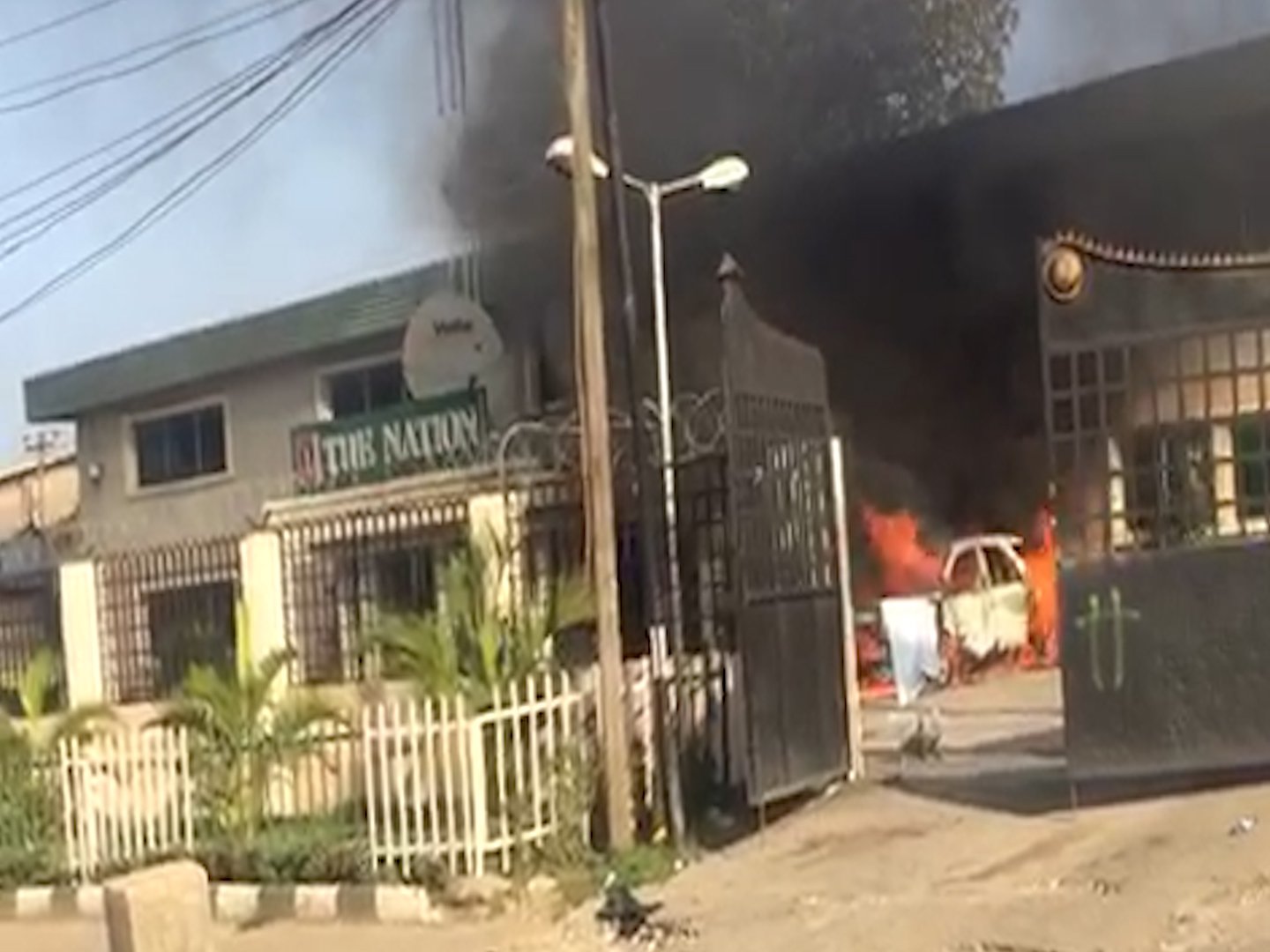 Hours after the brutal killing of peaceful #EndSARS protesters at Lekki Toll gate, Lagos, by security operatives, what seemed peaceful at first has completely turned to chaos as some hoodlums have set the office of The Nation Newspaper on fire.

Some staff members of the paper confirmed the development to newsmen.

The print news platform is linked to the former governor of Lagos and national leader of the ruling APC, Bola Tinubu.

“Reporters and other staff have run for their lives. Some are also trapped,” the reporter said asking not to be named.

The office is located at Fatai Atere way, Mushin, Lagos

Earlier, Television Continental (TVC) was also set on fire by hoodlums. TVC, like The Nation, is believed to be owned by Mr Tinubu.