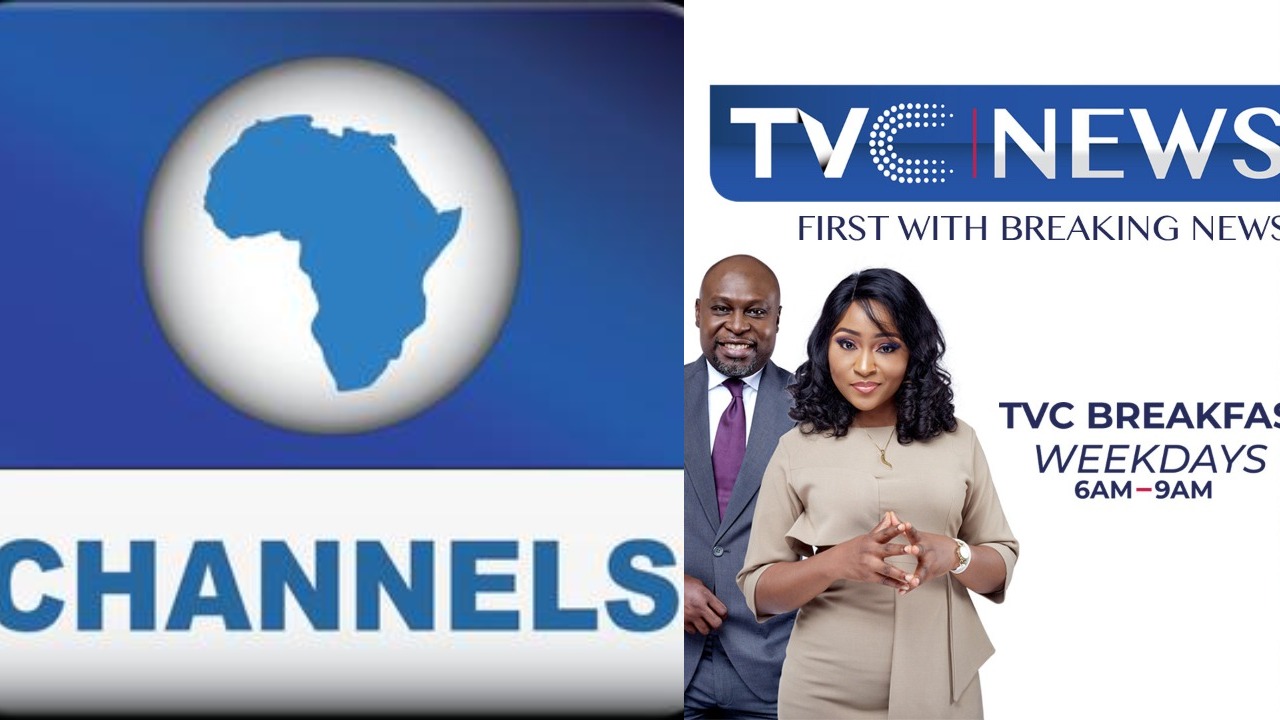 Following the multiple killings of peaceful #EndSars protesters at the Lekki Toll Gate in Lagos, angry Nigerian youths were reported to have unleashed their anger on popular Television stations in Lagos, TVC and Channels.

These TV stations were attacked due to nontransparent reports on the shootings by the military men on the innocent Nigerian youths.

Contrary to what actually happened, TVC had reported that the soldiers shot in the air to disperse the peaceful protesters and Channels stated specifically that the Soldiers were at Lekki Toll Gate to enforce the 24 hours curfew imposed by the Lagos State government.

This obviously did not go well with lots of people because the TV stations refused to report what happened at the venue of the killings the exact way it was.

According to Nigerians, TVC which is said to be owned by the ex governor of Lagos state, Bola Ahmed Tinubu and Channels, reported a filtered news that favoured the government. These media houses were said to be more of a lap dog than a watch dog, just like they have always been.

Another reason why these Televison stations are in the bad book of Nigerians is because they were nonchalant about the critical situation and decided to move on with their activities like nothing happened.

Some Nigerians took to the streets of twitter to express their disappointment and also to jubilate over what the youths did to the TV stations by burning them down.

@jibbyford_ wrote “TVC and Channels are both cancelled! If you’re not for us you’re definitely against us #LekkiMassacre”

@pst_iren wrote “Imagine the irony. Accusing Police of brutality (which they are guilty of by the way) and putting the lives of innocent civilian staff of TVC at risk to get back at Tinubu? Please stop!!!”

@migatoryJoy wrote “I used to think that Channels was one of the most credible news station in Nigeria until recently, rumours says their station is being attacked by angry mob I hope everyone is safe. After this phase, learn to report the truth, that’s your job! #EndBadGoveranceInNigeria #Endsars”

@dondekojo wrote “They want to pin it on Protesters, TVC will then come and tell parents that Soldiers shot people because they were burning banks. And oh… The CCTV outside the banks too.”

@UnclePamilerin wrote “We cancelled Channels tv and TVC. We will cancel them again #EndSARS”