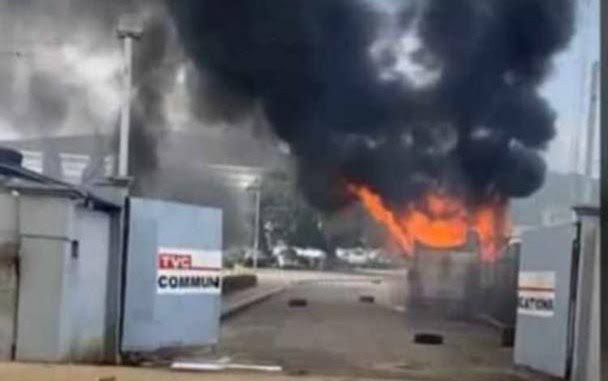 The hoodlums besieged the station during a popular talkshow programme titled YourView.

Morayo Afolabi-Brown, the programme host who disclosed that the hoodlums entered in a van, requested to go on a commercial break.

The station had since then been stuck.

Viral videos which were shared and confirmed by workers at the station revealed that the assailants set fire to the station over its connection to a former Governor of Lagos State, Bola Tinubu.