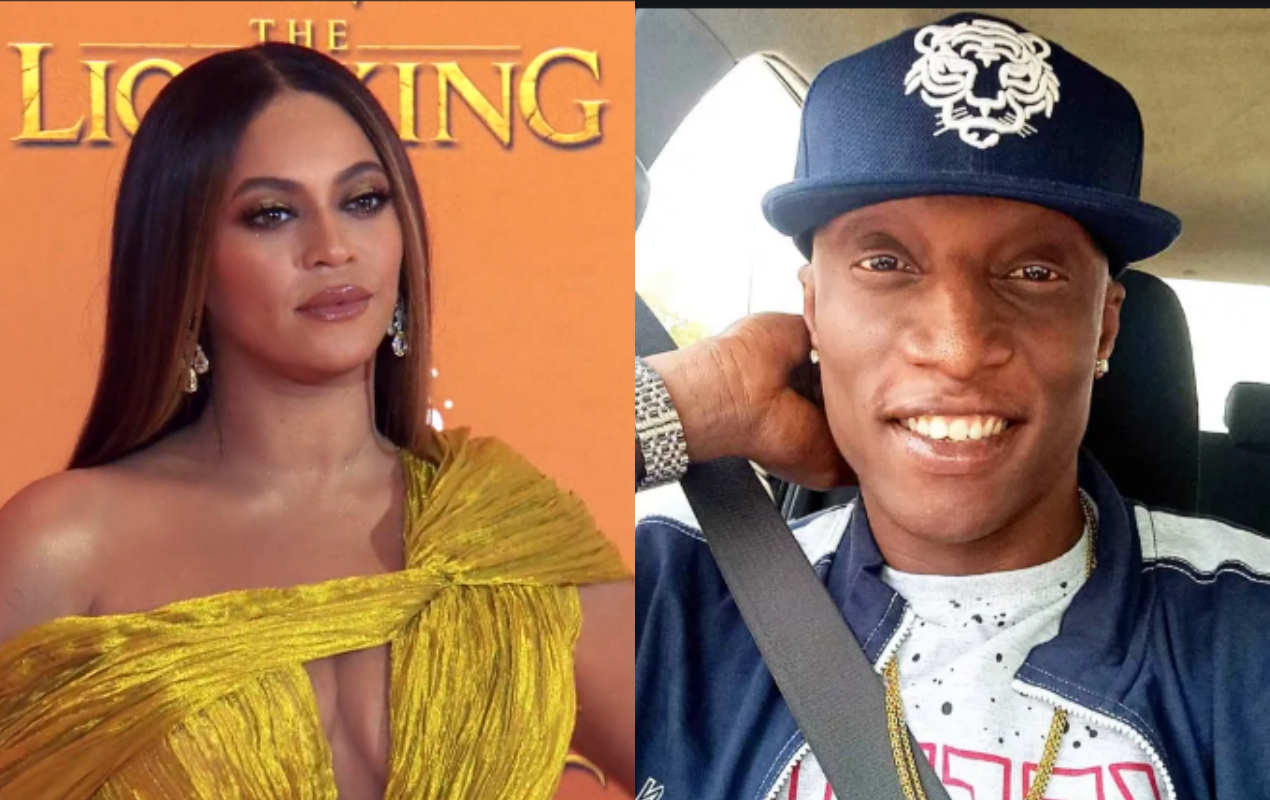 Nnamdi  Nwabasili, popularly known as  N6, an on air personality has dragged popular American singer, Beyonce following her statement on the Lekki shooting, which happened on October 20.

N6 called her a witch and a culture vulture as he shared her statement on the Lekki shooting.

According to him, he’s surprised that she was quiet  about the EndSARS protest, but had to say something immediately she saw blood.

He also attacked Beyoncé’s claim that she provided emergency healthcare, food and shelter to victims of EndSARS protest.

N6 added that Beyoncé is cancelled in Nigeria forever, says his dome with Beyoncé ripoff. 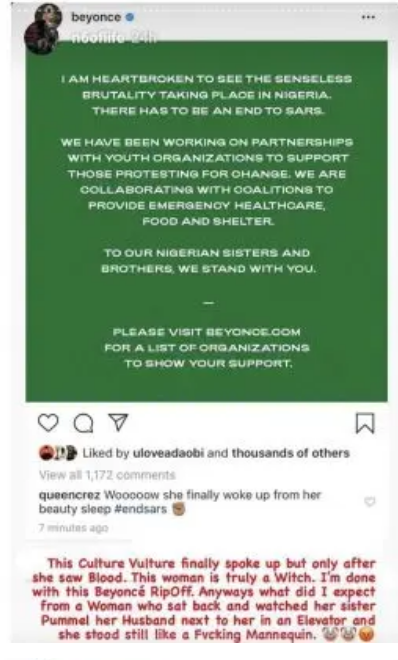 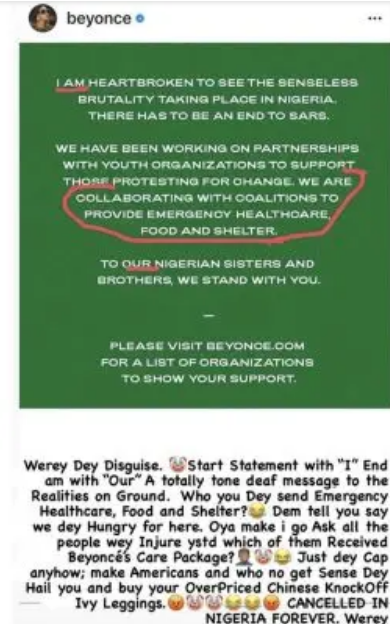