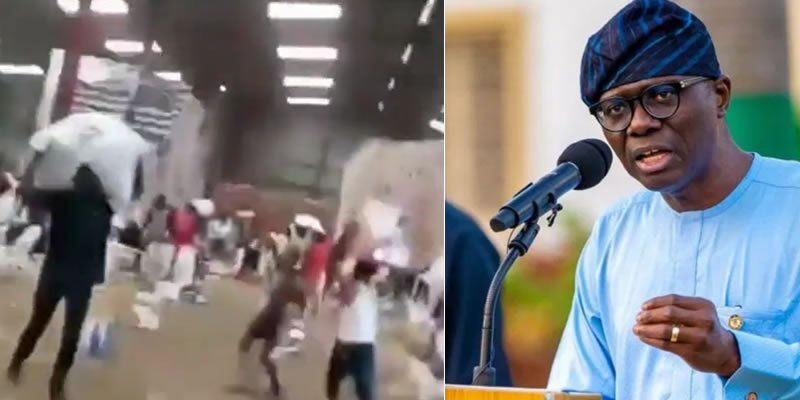 Lagos State government has broken silence on the discovery of the warehouse where COVID 19 palliatives for Lagos State were hidden and looted by angry Nigerians.

According to the Permanent Secretary of Ministry Of Agriculture, Lagos State, the palliatives is not meant Lagos State alone and it was kept in the warehouse about a month ago.

According to the P.S, they stopped sharing the palliatives because of the #EndSars protest. He added that they do not like to make noise when sharing to avoid chaos and crowd.

“Do you know that those items also belong to BUA group of companies and Some other states? Lagos State has been distributing its own. It was less than a month that those palliatives were officially handed to Lagos. We had to start doing rebagging and that took us some time. We have given to religious bodies, transporters, artisans, physically challenged people and so on.

Even the community that is looting now were given. And what they have looted belongs to other groups. So people saying we are heartless are really uninformed. It is because of endsars that we were told to stop. We do not have to make noise when we distribute because of chaos. It is so sad.

“This is falsehood. This is inciting. The Gov didn’t lock the food packs in. They’re in warehouse for distribution. Stop inciting Nigerians. Gov. @jidesanwoolu used his personal and State resources to get food palliative for vulnerable Lagosians even b4 Ca-COVID. Promote peace.”