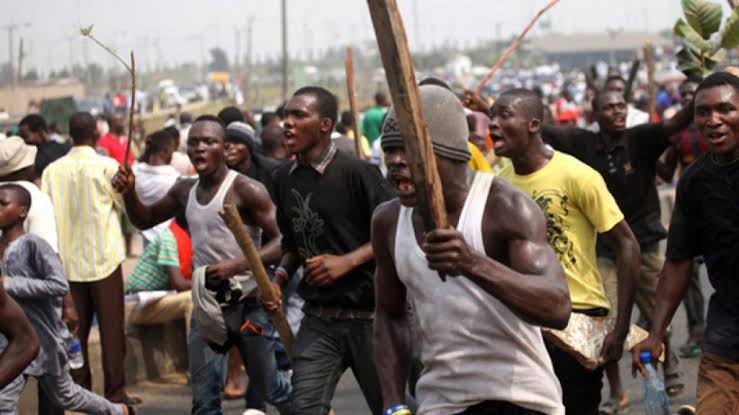 WITHIN NIGERIA learnt that one person was allegedly feared dead during the incident, which occurred around 11pm on Wednesday.

It was also learnt that the situation led to the closure of schools, markets, banks and all other offices in the industrial city.

According to The Nation, the hoodlums, who broke the cell to free detainees after burning down the CPS office, proceeded to the Police Area Command but were repelled by officers on duty.

Reports revealed that #ENDSARS protesters, as early as 6:00am on Thursday stormed the streets, making fire with tires and other inflammable objects at the popular Nkwo Nnewi roundabout and other major streets.

Some were also seen milling up and down with motorcycles.

One of the protesters said they were not happy with police officers in the town because of the activities of Anti-cult unit housed also at CPS.

A medical doctor at the Nnamdi Azikiwe University Teaching Hospital (NAUTH), who preferred anonimity said he saw a lifeless body in front of the burnt CPS.

“They burnt down CPS and another police station last night. They zoomed through the hospital gate this morning. Burn fires everywhere, roads are being closed. A corpse already lying in front of the burnt CPS,” he said.

Police spokesperson, Haruna Mohammed could not be reached as at press time as his phone was switched off.