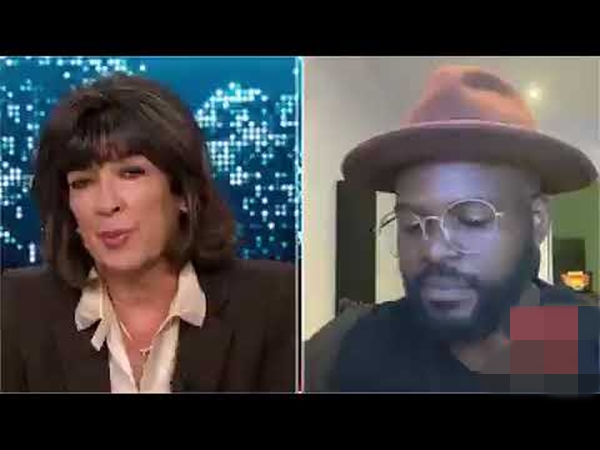 In an interviewed with CNN’s Christiane Amanpour, Nigerian singer, Falz spoke at length about the #EndSARS protest and why SARS was created.

He also outlined the grieviances of the Nigerian youths against the controversial police unit which is centered on “profiling”.

Falz further pointed out that the major issue surrounding the disbandment of the police, is that same claims have been made continuously over the years.

When Amanpour then asked him how much stock he puts in Buhari’s pledges, Falz, who had been shaking his head cynically as the clip played, said: “It’s infuriating, annoying and frustrating. And I think that’s how everyone is feeling right now.

“They have been reforming the police for a long time and we have never seen actual action. They announced that SARS had been disbanded in 2017, 2018, 2019 and now 2020. “They just think we are stupid. It is insensitive.”

When Amanpour asked him if he wasn’t scared, as many young people refused to appear on camera, Falz said he was not afraid for his life, as the Nigerian situation has made death a commonplace occurrence.

Falz told Amanpour: “I am not afraid for my life because where we are right now, I feel like I can easily die by anything else anyway. “We have a non-existent healthcare system, for example. We have a seriously high level of poverty; there is unemployment. “We are in a critical state because of the level of corruption and mismanagement of funds that we continue to see on a daily basis.

“I can have an accident on my way to work and die because the state of healthcare is nothing to write home about. People have to travel abroad to have proper healthcare.

“We keep on saying that every single Nigerian is one sickness away from passing away. “So what kind of life am I living any way? Why should I be afraid of dying? I am going to die anyway, so what is the point?” Falz asked Amanpour.

.@falzthebahdguy is part of Nigeria's #EndSars protests. Is he afraid for his life? He says no. "We have a seriously high level of poverty, there’s unemployment. We’re in a critical state because of how much corruption… we continue to see… What kind of life am I living anyway?” pic.twitter.com/39AQclG3rk