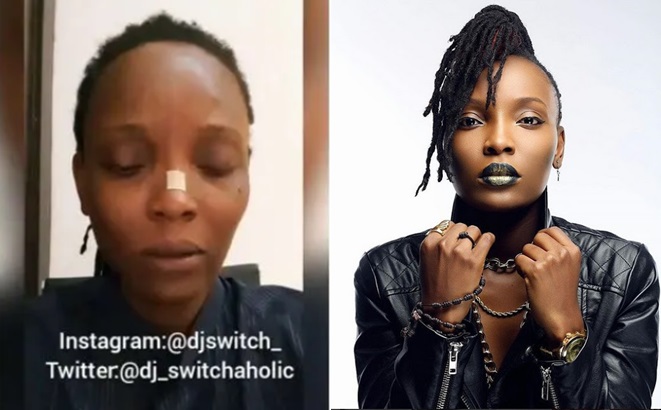 DJ Switch, a popular female Disc Jockey, who went live during the shooting of protesters at Lekki toll gate, has finally broken silence following the incident.

WITHIN NIGERIA reports that on the 20th of October 2020, the world was left stunned as military men stormed the Lekki Toll Plaza to shoot at unarmed #EndSARS protesters.

The Nigerian Army has denied any involvement in the shooting, even stating that videos showing their officers actively shooting at the protesters was photoshopped.

In a new video, DJ Switch gave a detailed account of what happened that night, and the biggest mistake she made.

Yes there were soldiers there. Another part that people are not really talking about. The police also came, the SARS people we’re talking about also came minutes after the soldiers left. They were tear gassing. It’s like cotonou pepper. Our coconut head generation. They will run and they will come back.

Re: How a bloody night of bullets quashed a young protest movement

Watch the full video below;