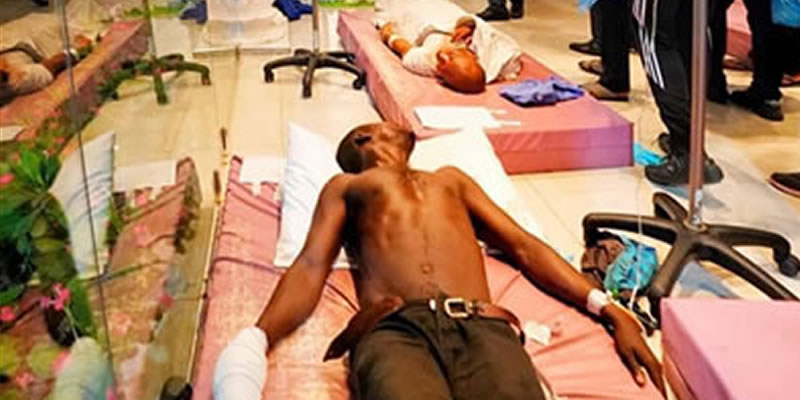 A parent who lost her son at the Lekki Massacre on the 20th of October has finally broken her silence.

According to the woman, whose son’s name is Anthony, it has not been easy for her to bear his loss  and she has not been able to phantom all that happened that claimed many people’s lives during a peaceful protest.

She however used the opportunity to appreciate her son’s friends for staying with him when he was shot and for preventing his corpse to be taken away by the soldiers, like they did to other people who died at the venue.

Within Nigeria recalls that on the night of 20 October 2020, at about 6:50 p.m, members of the Nigerian Armed Forces opened fire at peaceful #EndSARS protesters at the Lekki toll gate in Lagos, Nigeria. The number of casualties are still unknown.