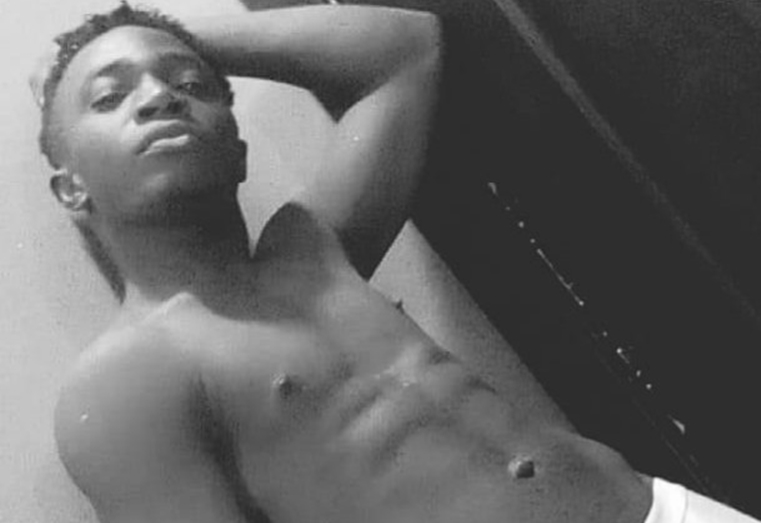 A gay Nigerian man, identified as Ayo shares a testimony of how he tested positive for HIV after he was gang-raped but came out strong.

Ayo said three men raped him exactly 5 years ago, when he was 19, because he’s gay. He added that he “lost” his “virginity” from the rape and later tested HIV positive.

He said he also lost his home and became an orphan.

However, he explained that his HIV diagnosis made him start living a healthy life. He stayed away from smoking and drinking, started eating healthy and taking his medications. He also started thinking less.

As a result, he says he’s now healthier and his viral load is “undetectable” while his CD4 is high.

For those living with HIV, having a high CD4 count and a low or undetectable viral load are desirable. 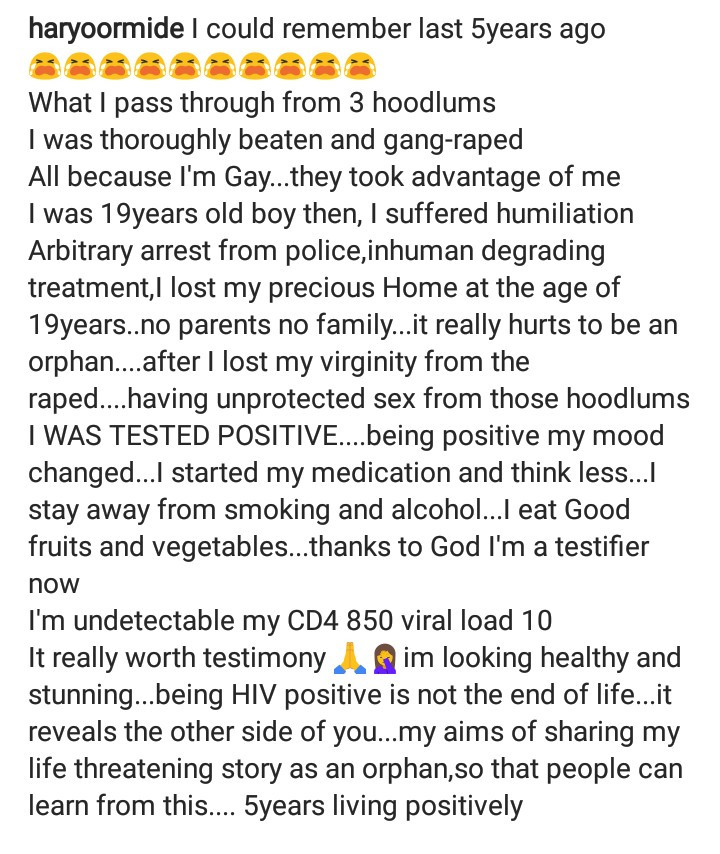 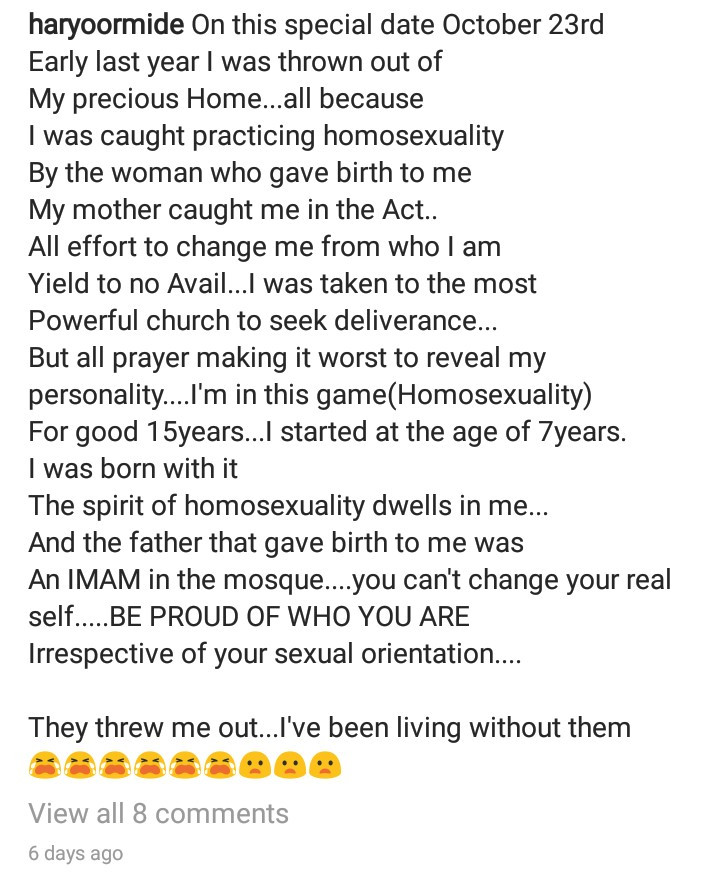