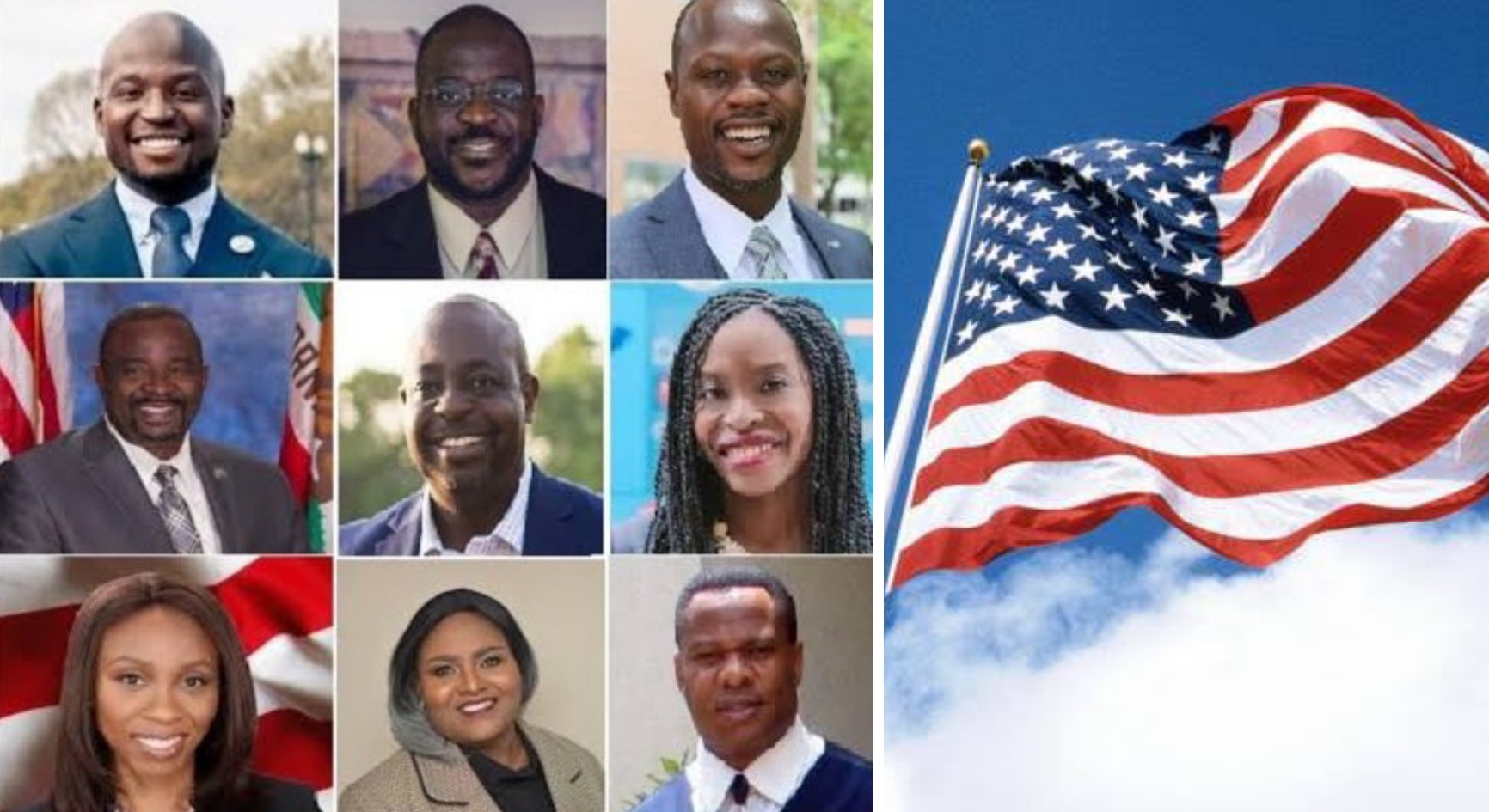 Nine Nigerian-Americans contesting in US elections

No fewer than nine Nigerian Americans are on the ballot for Tuesday’s general elections in the United States.

Running mostly on the platform of the Democratic Party, the candidates are bidding for different offices at the federal, state and local levels.

NAN reports that besides the presidential election, governorship polls are holding in 11 states and two territories, in addition to other state and local elections.

Congressional elections are also holding on Tuesday with all the 435 seats in the U.S. House of Representatives, and 35 of the 100 seats in the Senate up for grabs.

At the federal level, Oye Owolewa, whose father is from Kwara and mother from Oyo, is aiming for a ‘shadow’ (non-voting) seat in the House of Representatives.

Mr Owolewa, a Ph.D holder in Pharmacy from the Northeastern University, Boston, is seeking to represent the District of Columbia (DC) under the Democratic Party.

If elected, the 30-year-old, whose agenda includes fighting income inequality in the U.S., would be the first Nigerian congressman in the country’s history.

Also at the federal level, Yomi Faparusi, an Ibadan-born native of Ode-Ekiti in Ekiti State, is vying as an independent candidate to represent the state of Tennessee in the U.S. Senate.

Mr Faparusi holds a doctorate in Medicine from the University of Ibadan, a Ph.D. in Health from Johns Hopkins University, and Juris Doctorate from the Widener University School of Law, Delaware.

This is not his first shot at the U.S. Congress. In 2014 and 2016, he vied for the Republican Party’s ticket to the House of Representatives, but lost in both occasions

Mr Faparusi’s priorities include being a positive voice for all Nigerians in the U.S. Senate, and inspiring Americans of African or Nigerian descent to seek public office in the country.

In Missouri, a Republican-controlled state, Yinka Faleti from Lagos is the Democratic Party flagbearer in the election for the office of Secretary of State.

According to Wikipedia, Mr Faleti was in the U.S. Army as an active-duty officer from 1998 to 2004. He served in Kuwait, first under Operation Desert Spring and later as part of Operation Enduring Freedom.

The 44-year-old father of four holds a Bachelor’s degree from the United States Military Academy, West Point, and a Juris Doctorate from the Washington University School of Law.

His goals as a Secretary of State include protection of the “right to vote for Missouri families”, and ensuring elected officials hear the people’s voice.

Also at the state level, Paul Akinjo from Ondo is running for election to the California State Assembly under the Democratic Party to represent District 12.

Akinjo once served as Vice Mayor of Lathrop, California, and in the U.S. Army Reserve from 1982 to 1989. His priorities include housing, immigration and transportation.

In Delaware, a small Mid-Atlantic U.S. state, Adewunmi Kuforiji is aspiring to represent District 34 in the state House of Representatives.

Mr Kuforiji, originally from Ibadan, Oyo, secured the Democratic Party’s ticket on September 15 after defeating his challenger, Robert Haynes, at the primary. He holds a Bachelor in Accounting and a Masters in Business Administration from the Delaware State University.

In the 2018 mid-term elections, he vied for the same position but lost to the incumbent, Lyndon Yearick, of the Republican Party, whom he is facing on Tuesday.

Also at the state level, Esther Agbaje is seeking to represent District 59B in the Minnesota House of Representatives on the platform of the Minnesota Democratic–Farmer–Labor Party (DFLP), an affiliate of the U.S. Democratic Party.

The 35-year-old daughter of an Episcopal priest and a librarian, both Nigerian immigrants, defeated longtime state Representative Raymond Dehn in the party’s primary in August.

She is one of four progressive greenhorns who defeated established Democratic legislators in the primary.

Ms Agbaje has a law degree from Harvard University, a Master’s from the University of Pennsylvania, and has served in the U.S. Department of State, among others.

As a millennial, a “generation that has suffered numerous setbacks”, she seeks to bring a fresh perspective and new ideas to government.

On the ballot at the local government level are April Ademiluyi, Ngozi Akubuike and Benjamin Osemenam.

Ademiluyi, 39, is running on the Democratic Party’s ticket for Judge of the Seventh Circuit Court in Prince George’s County, Maryland.

For her part, Ms Akubuike, a legal practitioner, is an independent candidate for judge of the Minnesota 2nd District Court Position 8.

Ms Akubuike studied law in Nigeria, then worked in the banking sector before moving to the U.S. where she graduated from the Mitchell Hamline School of Law.

She has served in several capacities, including legal manager for the state of Minnesota.

Mr Osemenam, who moved to the U.S. in 1982, is contesting for a seat in the Brooklyn Park City Council of Minnesota to represent East District.

An engineer with the Minnesota Department of Transportation, he is vying on the platform of National Party.

He is a former president of the Association of Nigerian Engineers in Minnesota.