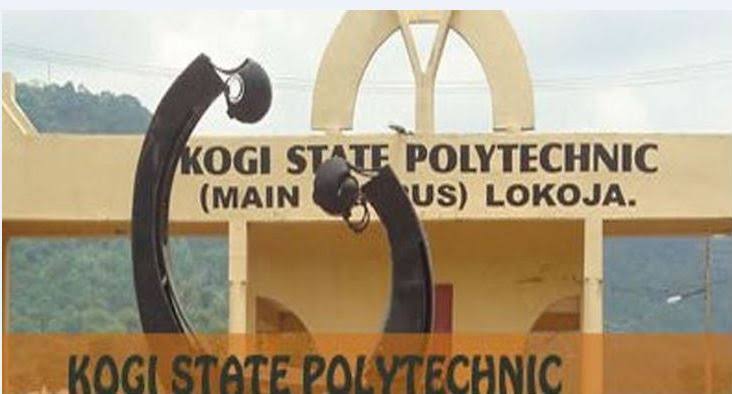 The Authorities of Kogi State Polytechnic, Lokoja on Monday said the institution had discovered an examination fraud syndicate and certificate racketeers operating within and outside the Lokoja campus.

The rector, Salisu Ogbo who disclosed this at a press briefing on Monday in Lokoja, also paraded 12 suspects arrested by the security department of the institution over alleged culpability in the fraud.

He said following intelligence reports about the existence of examination “Magic Centres” both within the campus and in some parts of Lokoja, the management launched an investigation.

“We immediately set investigative machineries in motion to ascertain the authenticity of the report. Lo and behold, the centre being controlled by a syndicate of some disgruntled elements in our system was discovered right in the heart of Lokoja.”

The rector, who projected some pictures of students writing in an obscure place, said: “these are our students at one of the ‘Magic Centres’ writing their examination while examination for the course(s) in question was going on in the approved halls on the campus.

“We were able to unravel this academic decadence with evidence on Thursday, 5th November, 2020.

“Our team of security men was able to burst one of the centres called ‘Champion Lodge’ at ‘Sarkin Norma’ after the primary school.

“Even as the suspects escaped before the arrival of the security team, a total of 32 answer scripts on different courses, with students’ particulars written on each, were retrieved from ‘Carlifonia Lodge’ at the same ‘Sarkin Norma’ where the scripts were kept for onward transmission to their principal(s).

“Today, Monday, 9th November, 2020 we were also able to arrest additional 12 participants of the said ‘Magic centre’ who variously confessed to their involvement,” he added.

He said that a related issue was the forging of results by students.

“So far, we have been able to establish one case involving an external result used to secure admission into the polytechnic.

“In all, we have expanded our dragnet with the view to tracing all those directly or indirectly involved in the fraud, and we will ensure that they are all brought to book.

“After our investigation, we will ensure that all the collaborators are brought to book in accordance with our laws,” he said.

The rector warned that management would not tolerate any act capable of tarnishing the credibility of the institution, its results and certificates.