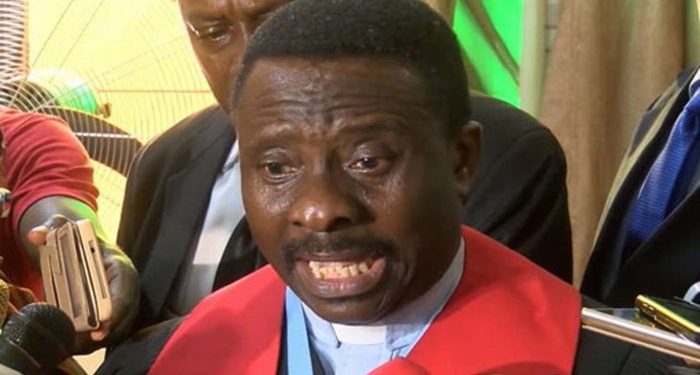 CAN reacts on Oyigbo killings, tells Wike not to generalise anger

The Rivers state governor, Nyesom Wike has been advised by the Anambra State chapter of Christians Association of Nigeria (CAN) to handle the alleged killings in Oyigbo with extreme care to forestall escalation.

This advice was given by the chairman, Rev. Dr. Ndubuisi John on Thursday in Onitsha in a press briefing.

John urged the governor to avoid generalizing his anger towards Igbo race, but rather govern with the wisdom of God as the Shepherd of the State.

He described the killings as dehumanizing and called on Church leaders to assist in dousing the situation.

The cleric also cautioned the youths to listen to the advice of their elders and religious leaders, noting that advice from such personalities would never be destructive.

He said, “Youths should lay down their arms and come down to round table conference so that we can discuss and know how to manage the issue.

“I was told that IPOB activities in Oyigbo and entire Rivers State caused the ugly development which infuriated the governor and prompted him to clamp dowm on IPOB members.

“I wouldn’t say that it is not true that there is a group called IPOB but everybody in Igbo land is not a member of IPOB. So, shooting of every Igbo man seen is very wrong.

“The Governor can’t generalize his anger towards Igbo race, it is absolutely wrong. He should behave maturely, because as a Governor and a person, we respect and adore his office and we expect him to also act as a Governor with mercy”.

He described the #EndSARS protest as backup grievances against government and explosion occasioned by sufferings, Ndubisi commiserated with victims of the protest that included, the dead, the living and the injured.

“No doubt the protest was fallout of prolonged anger; people have been dying in silence until now. But the killings is not palatable especially as people are gradually recovering from protest,” the cleric added.