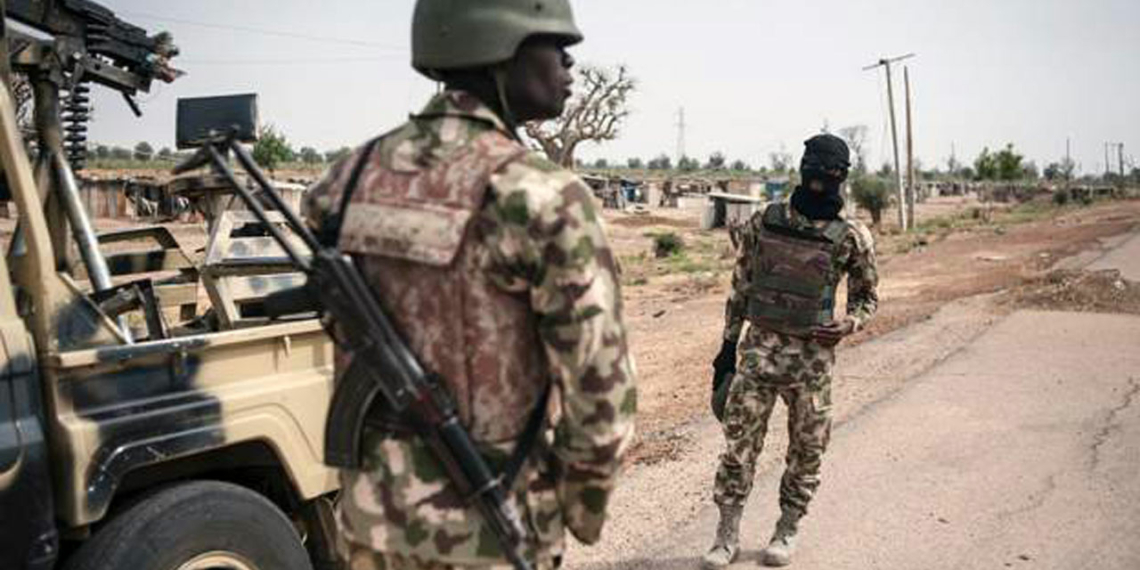 Nigerian Army troops of Operation Lafiya Dole said they have neutralised five terrorists and recovered a cache of arms during an operation against terrorism in the North-East zone.

This was disclosed on Thursday by the coordinator of the Defence Media Operations, Major General John Enenche during a briefing in Abuja.

“Troops executed attacks on terrorists’ hideouts and repelled attacks on own troops’ locations. During the encounters, the superior firepower of own troops resulted in the decimation of several BHT/ISWAP terrorist elements.

“Notably, between 7 and 8 November 2020, the gallant troops of 27 Task Force Brigade located at Buni Gari of Gujba Local Government Area of Yobe State neutralized 5 Boko Haram/ISWAP terrorists. In the course of the encounter cache of Arms and Ammunition were recovered.”

The Defence spokesperson also disclosed that in one of the operations conducted on November 8, 2020, troops of operation accord acting on credible intelligence on the movement of suspected gun runners at Tangaza town in Sokoto State arrested two suspects, Abubakar Mohammed and Ansi Usman Janare and recovered one light machine gun, four AK47 rifle magazines, 586 rounds of 7.62mm nato ammunition,100 rounds of 7.62mm special ammunition and one motorcycle.