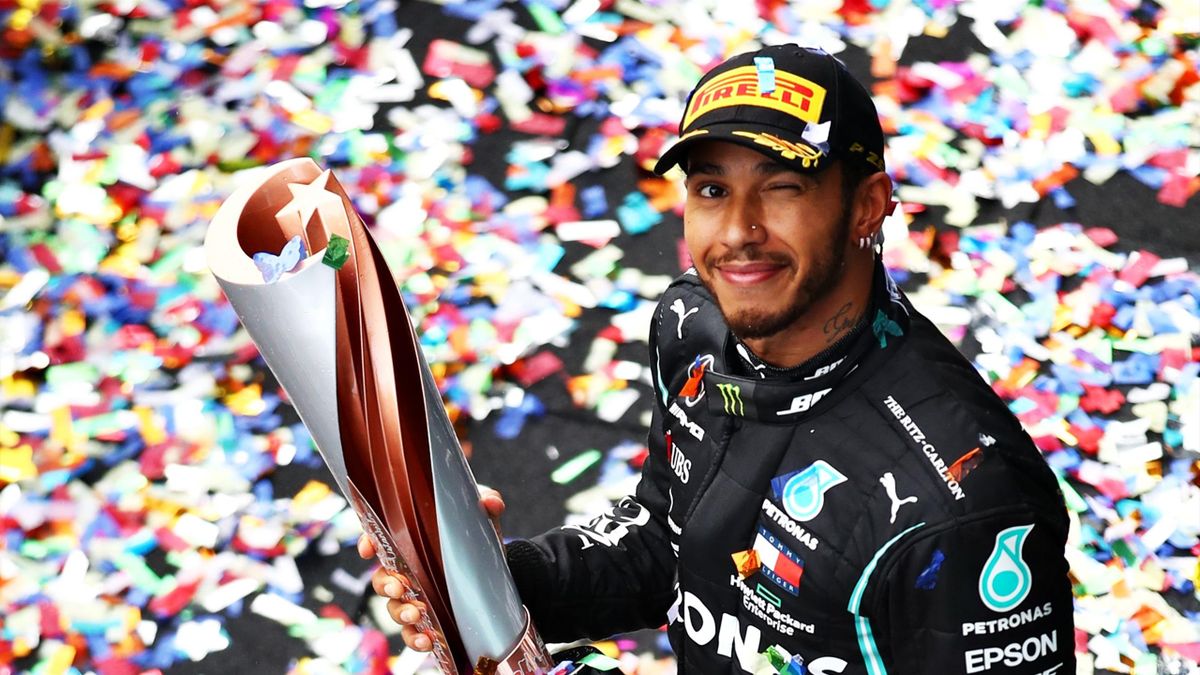 British born, Lewis Hamilton has achieved an enviable feat of winning his seventh Formula 1 title on Sunday, November 15 to establish his name in the history books of the sport.

The British superstar became the most successful racing driver ever with a masterful victory in the Turkish Grand Prix, equalling Michael Schumacher’s achievement in terms of titles, after already surpassing the German’s number of race wins last month.

Lewis’ victory at the teacherously wet and slippery Istanbul Park track in a topsy-turvy race was the 94th of his career. The emotional driver who remains the sport’s only black driver, went on to describe what a hard journey it had been to become the most successful driver in the history of Formula One.

He expressed hope of his success as a black man in an almost exclusively white sport, becoming an act of inspiration to children everywhere.

Once out of the car, he said;

“To all the kids out there, dream the impossible.

“Seven is just unimaginable but when you work with such a great group of people and you really trust each other, there is just no end to what can do together.

“I feel like I’m only just getting started, it’s really weird.”

Leading up to today and even after I crossed the line, I’ve been gathering my thoughts about what’s most important to me. This year has been so unpredictable. With the pandemic and obviously the season being pushed back by several months, I had the most downtime I’ve ever had in my life. It gave me the chance to really think about my ultimate purpose. Seven World Championships means the world to me, I can’t even describe how much, but there’s still another race we’ve yet to win.

This year I’ve been driven not just by my desire to win on the track, but by a desire to help push our sport, and our world to become more diverse and inclusive. I promise you I am not going to stop fighting for change. We have a long way to go but I will continue to push for equality within our sport, and within the greater world we live in.

Equaling Michael Schumacher’s record puts a spotlight on me that I know won’t be here forever. So, while you’re here, paying attention, I want to ask everyone to do their part in helping to create a more equal world. Let’s be more accepting and kinder to each other. Let’s make it so that opportunity is not something that is dependent on background or skin colour.

Nothing is impossible. A driving force for me this year has been to set an example for the next generation, to never give up on your dreams. I was told by many that my dream was impossible, yet here I am. I want you to know that you can do it too. Never give up, keep fighting, and let’s keep rising to the occasion. #S7ILLRISING 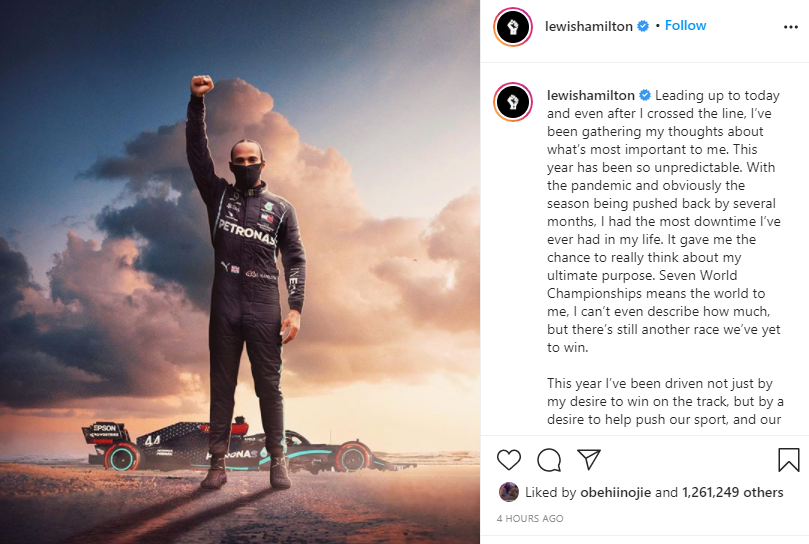