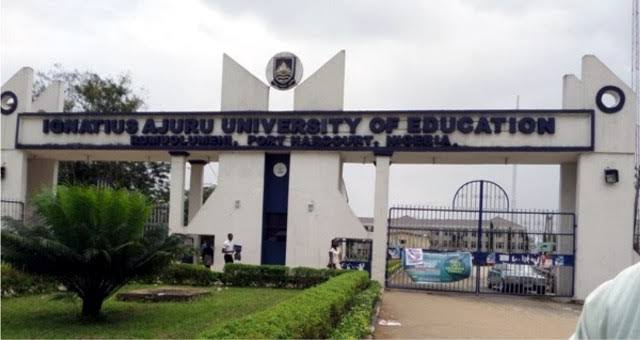 Nwiroegbu Onyebuchi, a final year student of Ignatius Ajuru University of Education Port Harcourt, has been suspended for rape.

The action was taken by the University after Nwiroegbu Onyebuchi was accused of a “brutal rape” of a female student whose name was not disclosed.

The matter has now been referred to the Students Disciplinary Committee for further investigation.

A statement released by the University said “The Management of IAUE has suspended a male student from studies on allegation of brutal rape of his female colleague. His name is Nwiroegbu Onyebuchi – UE/2016/COMP/BED4/0052 – Year 4 Computer Science.

“Meanwhile, the matter has been referred to the Students Disciplinary Committee for further investigation”.

However, the allegations levelled against Nwiroegbu Onyebuchi have generated reactions from students, parents and human rights organisations.

The Centre For Basic Rights Protection And Accountability Campaign, a human rights advocacy group based in Port Harcourt, on their part, commended the action taken by the management of the University.

A statement from the group said: “We commend the suspension of a male student of the Ignatius Ajuru University of Education by the institution Management on allegation of “brutal rape” of a female student and his referral to Students Disciplinary Committee for further investigation.

“While we commend the University Management for its decision, we urge the Management to do more to stop the re-occurrence of incidents of rape of female students of the institution by their male counterpart.