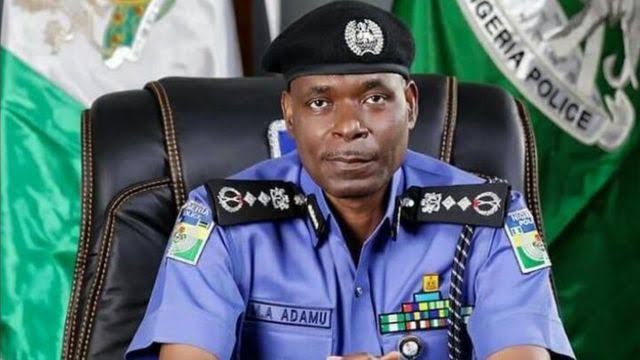 The Inspector-General of Police, IGP, Mohammed Adamu, has declared that he’s in control of the police.

Adamu said he’s in control of the activities and modus operandi of the police force.

The IGP made the declaration in response to an accusation by a retired Army General, Garba Wahab that he’s not in control of the Force.

He stated this in a statement signed by the Spokesman, DCP Frank Mba, on Tuesday.

He insisted that the retired General spoke out of ignorance.

According to the statement: “The attention of the Nigeria Police Force has been drawn to comments and reactions during an interview session on Channels TV Sunrise Daily program of 13th November, 2020 where one Major General Garba Wahab (rtd) commented that “…rather than improving the improvement (sic) …the IGP is sitting down there with all the paraphernalia of office deprived of actually having control of police… he is not in control”.

“The Force wishes to categorically state that the Rtd Major General is wrong in his assertion as IGP Adamu is firmly in control of the administration and operation of the Nigeria Police Force. It notes that the comments by Rtd Major General Garba Wahab shows that he spoke purely out of ignorance and from a jackboot mentality that lacks proper understanding of democratic policing culture, rooted in the Rule of Law. It reiterates that the retired Officer clearly spoke on a subject outside his areas of core competence.

“It is noteworthy that since his assumption of office as the 20th indigenous Inspector-General of Police, IGP M.A Adamu, NPM, mni, a global policing icon, has in the past twenty-three months of his leadership of the Force, shown sterling qualities in what the operational/administrative command and control of the Force should be.”