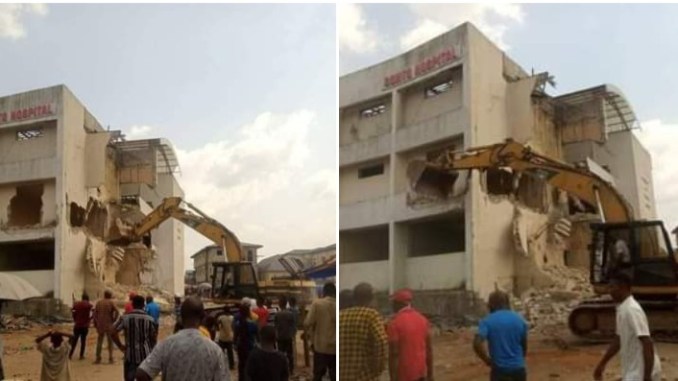 Former Imo State Governor, Owelle Rochas Okorocha’s hospital, has been destroyed by the current governor of the State, Hope Uzodimma, in what many commentators have described as a badly thought-out act of political vendetta. 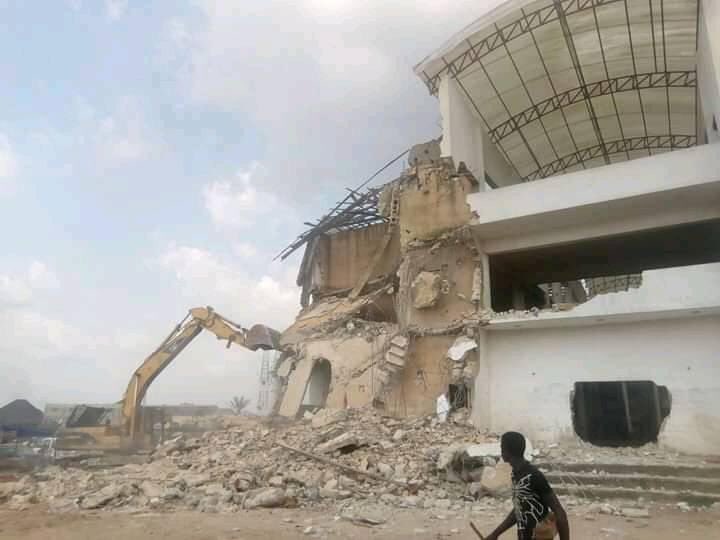 The hospital was named Somtochukwu Hospital, after a lad who was killed by a stray bullet when the old but major market, Ekeonunwa Market on Douglas Road Owerri in Ekeonunwa Street was being demolished. The hospital had been fully completed, structurally, but was yet to be furnished before it was demolished. The controversy that trailed the demolition and takeover of the market by the state government outlasted the Okorocha regime.

However, a few are of the opinion that the humongous edifice and many more projects embarked on by the Okorocha administration, including the flyovers and tunnels failed integrity test conducted by a team of COREN certified engineers set up by the former governor Emeka Ihedioha.

Now with the demolition, Uzodinma is said to be trying to warm his way into the hearts of Owerri people with plans to build a market for the people of Owerri.