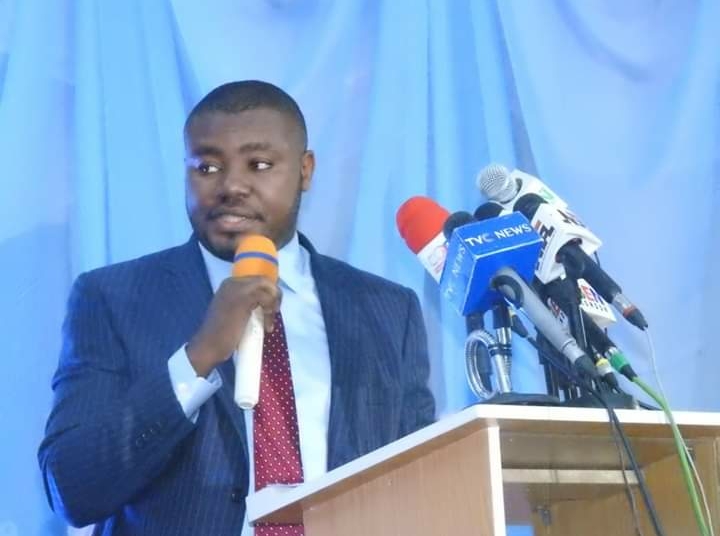 Renowned human rights activist and writer, Philip Agbese, has written President Muhammadu Buhari, on the lingering strike embarked on by members of the Academic Staff Union of Universities (ASUU).

Recall that university lecturers have been on strike for over eight months in protest against the Federal Government’s preferred Integrated Payroll and Personnel Information System (IPPIS) and wants UTAs instead.
Agbese, however, regretted that Nigerian students are losing an entire academic session, following the lingering strike by the university lecturers.

In an open letter entitled “ASUU and the need for our students to be back to campus,” Agbese pleaded with the Buhari Government to change its method of negotiation with ASUU by adopting a new approach and style to dismantle this imbroglio.
According to him, the government should broaden the scope of negotiations with ASUU, instead of its exclusive restriction to government negotiators.

He vowed to voluntarily lead negotiation with the striking union in view to finding a lasting panacea to the protracted impasse.
The letter reads below;

Your Excellency, Sir,
An Open Letter: ASUU and the need for our students to be back to campus.

Your Excellency Sir, warm greetings to you. I am obliged by these special circumstances to scribble this open letter to you on the prolonged industrial dispute between the Federal Government of Nigeria (FGN) led by your indefatigable personality and the Academic Staff Union of Universities (ASUU). It is my ultimate prayer, this letter should meet you in the right frame of mind and at a time, its contents would assimilate to persuade your appropriate response.

Mr. President, I have unshakable faith in Nigeria, under your leadership. I am persuaded to pen this letter to you in order to share my little suggestions on the lingering feud between the Federal Government and ASUU over the nearly nine months strike for two reasons. First, it is for the sake of the prolonged break in the academic engagements of Nigerian students and the younger generation of Nigerians which you and posterity hold very dear, as father of our beloved country.

Your Excellency, secondly, I fear, the disheartening consequences of Nigerian students losing an entire academic session, if the ASUU strike is allowed to persist. Definitely, I commend the understanding and commitment of your administration to end the feud between ASUU and Government. The attempts at immediate resolution of some of the knotty issues raised by ASUU are commendable and appreciated. My excitement over your efforts is even more justified, if measured against the insensitivity of the previous Government which signed the agreement, but disappointingly reneged from serious commitment to its implementation over the years.

On the part of ASUU, I do not consider them as villains, or sabs of the education system in Nigeria; but academics and intellectuals only concerned with some structural improvements and other critical issues affecting the university system in Nigeria. The stretchy bickering by ASUU and its refusal to blink in spite of the genuine attempts by Government to resolve the issues is touchy to both parents and every Nigerian of good conscience.

Both from the bottom of my heart and millions of other Nigerians, we can vouch for your genuine mindset fixation with resolving all the issues raised by ASUU simultaneously. But subsisting economic constraints and challenges have frustrated your plans, as expected by the union. However, it is unambiguous to us, this Government of Nigeria as symbolized by your patriotic and focused leadership is dedicated to the development and prosperity of all categories of Nigerian youths.

Under your leadership, Government has variously articulated its fiscal challenges, like in this instant case, but, however, the obduracy of ASUU negotiators is also understandable. But I believe the current muscle flexing between ASUU and Government is based on the deceptive postures of the preceding administration tackling the issues of ASUU, which your administration has shown a laudably, remarkable difference.
Mr. President, I therefore, wish to suggest and plead that your Government change its method of negotiation with ASUU by adopting a new approach and style to dismantle this imbroglio. It is visible, the suspicious perception of deceit in current government negotiators by representatives of ASUU is motivated by previously violated official decisions on the ASUU agreement with Government before your administration birthed.

Your Excellency, Sir, it is my humble opinion that your Government should broaden the scope of negotiations with ASUU, instead of its exclusive restriction to Government negotiators. It is what ASUU reasons as the same conspiratorial cabal, ingenuous in dribbling them over the years.

Sir, let your Government take the bold decision by engaging other stakeholders outside the prism of government as part of the negotiators/mediators to resolve the ASUU crisis as quickly as possible. I am volunteering myself as a mediator under the banner of a human rights activist and respected member of the Nigerian populace. And there are a dozen of such organizations and individuals known to Government for this sensitive task. I would appreciate, if Mr. President does the needful to bring Nigerian students back to campuses.

Our dear respected Leader, we consider you a wholly made in Nigeria President that believes in our youths and the future of our students. I repeat again that Mr. President, you mean well for Nigeria and will continue to do so for the immediate development and future prosperity of the country. Let’s put all hands-on -deck to get the strike to an end immediately, Sir.