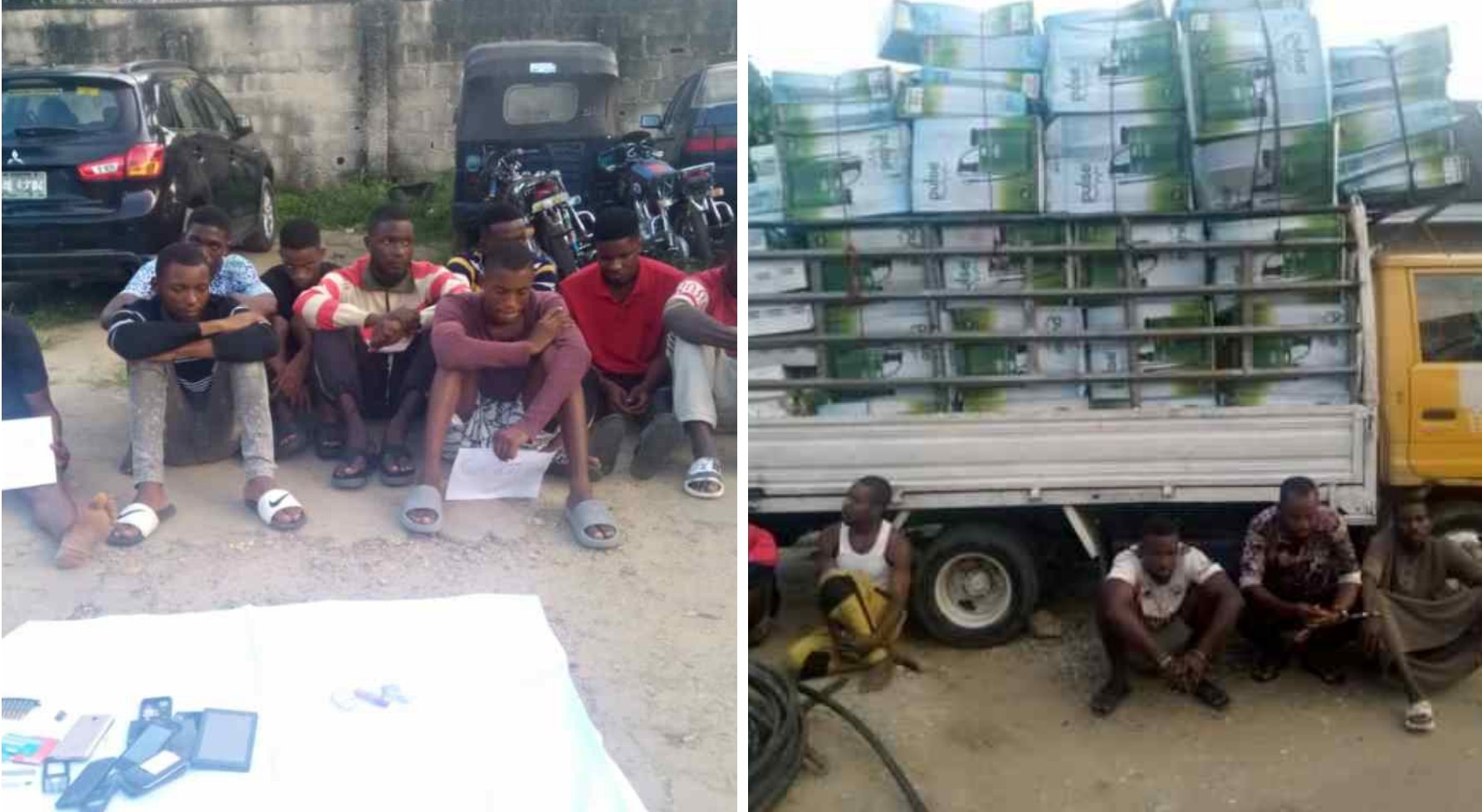 The Cross River State Police Command on Thursday paraded the Mastermind behind the kidnap of the wife of an ex-lawmaker, Hon Prince Orok.

The Command also paraded a 19-year-old boy including 7 others during their initiation into a secret cult as well as some looters who invaded the rice city at the Ayade industrial park, Calabar.

Briefing newsmen, the Commissioner of Police Abdulkadir Jimoh said that during the EndSARS protests evils were meted out on police including the loss of lives, burning of police divisions amongst others.

According to him ”If you remember vividly after the vandalism and looting that occurred during the #EndSars protest we gave a warning that people should return all looted items.

” But this afternoon under the watchful and vigilant eyes of our intelligent officers, we apprehended three person who were trying to smuggle out 250 pieces of insecticide pumps looted from the Rice city at the Ayade industrial park.

“We also got credible intelligence about chaos at 8 miles and our men swung into action and apprehended 8 persons including a 19 year old boy during a cult initiation rite in the area .

“I want to thank the media for your support but I want to appeal to you to Cross check facts before going to press to avoid putting out sensational stories that can cause disharmony in the state.

“Even with the level of morale of police across the country, we are not resting on our oars, we want to assure law-abiding CrossRiverians to go about thier lawful business without fear,” he said.

It was learnt that the Mastermind of the kidnap of the wife of an ex-lawmaker, Hon Prince Orok was also among the 15 people who were paraded.