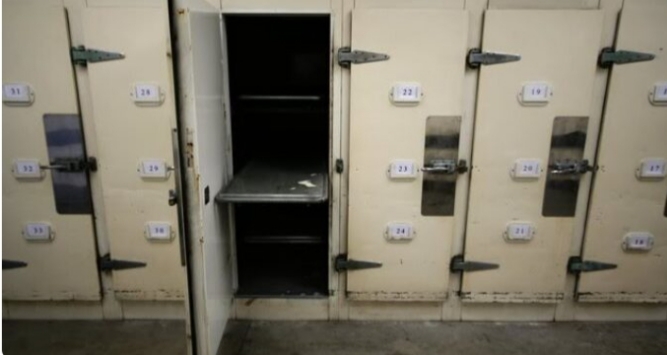 31 days after soldiers shot at #EndSARS protesters at Lekki tollgate, Chief coroner of Lagos, Mojisola Dada has called for the identification of missing persons between 19th and 27th of October, 2020.

Dada in an advertorial on Thursday said the action was in line with section 15 of the Coroner’s System Law of Lagos, 2015.

There have been accounts of missing persons following the Lekki shooting of October 20 where soldiers opened fire in a bid to disperse #EndSARS protesters.

An investigation by CNN published on Wednesday alleged there were deaths from the Lekki shooting.

The advertorial said the pathology team of the state demands adequate information from the next-of-kin of those who lost loved ones to help in the identification process.

“This is to notify the General Public that the Chief Coroner of Lagos State, Hon Justice M.A Dada (Mrs) pursuant to section 15, Coroner’s System Law of Lagos State, 2015 the Pathology Team would want all those who have lost loved ones between 19 th-27 th October, 2020 (that is, next-of-kin of the victims) to provide relevant information that would assist the identification exercise,” it read.

“The next-of-kin should contact the department of Pathology and Forensic Medicine, Lagos State University (LASUTH), Oba Akinjobi Way, Ikeja for the identification exercise of the Deceased.

“The next-of-kin will be required to provide means of identification of themselves and their loved ones. Nationally am to recognised means of identification such as International passport, Driver’s license, National ID card, or LASSRA ID Card shall be accepted. Only the parents, siblings or children, in that decreasing order of preference are expected to come to LASUTH. The hours of visit will be from 10:00 to 2:00pm for the next two (2) weeks starting from the date of this announcement.”

It said the next-of-kin should come along with “clear photographs of the missing person,” and “their own upper body photographs as well as provide samples for Reference DNA Profile, where necessary”.

It also said the profile received from the next-of-kin will be compared with that from the autopsy of the deceased, and should match before the body will be released by the office of the chief coroner to the relatives for burial.