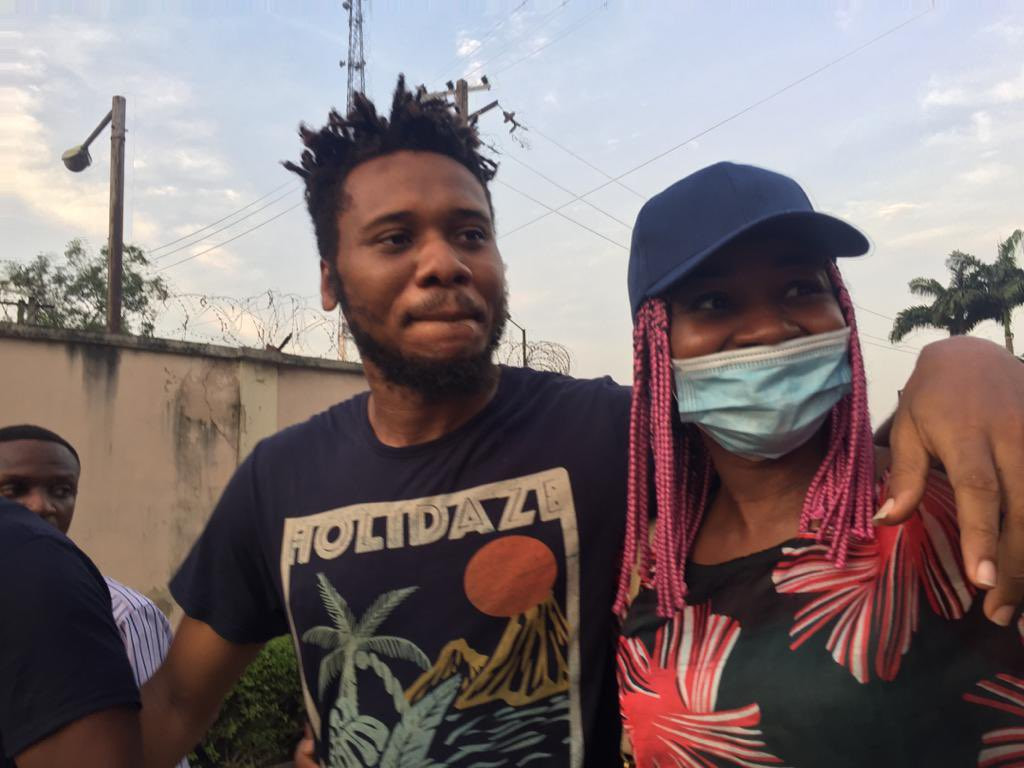 After several days in detention, #EndSARS protester, Eromosele Adene, has been released from police custody.

He was released on Thursday November 19, two days after he was granted bail of N1 million by a Magistrate court in Yaba.

Eronmosele was arrested on November 7 over alleged terrorism and inciting civil unrest during the ENDSARS protest.

A Magistrate court in Yaba, Lagos State, granted bail to the embattled #EndSARS protester, in the sum of N1 million.

The court granted the bail on Tuesday, November 17 after it rejected a request by the police for an order to detain him for another 30 days, to enable them to conclude investigations into the allegations against the defendant.

One of the lawyers who provided legal aid to the protesters, Moe Odele, shared a video showing a once-again freed Eromosele via her Twitter handle on Thursday.